This is a bit juvenile. But what the hey.

When I was around 13 or 14 years old the soft drink Orange Crush became my favourite. I just loved it. But after a couple years I switched over to Cream Soda, then Mountain Dew, on to Pepsi before landing up with Coke as the favourite. It was a tasty ride.

Orange Crush had some really cool bottles back in the 50’s and 60’s.  They were referred to as “Krinkly Bottles.”

Today the Crush brand comes in a wide variety of flavours. From pineapple and grapefruit to watermelon.

The Oscar Mayer Wienermobile has evolved from Carl Mayer’s original 1936 vehicle to the vehicles seen on the road today. Although fuel rationing kept the Wienermobile off the road during World War II, in the 1950s Oscar Mayer and the Gerstenslager Company created several new vehicles using a Dodge chassis or a Willys Jeep chassis. One of these models is on display at the Henry Ford Museum in Dearborn, Michigan. These Wienermobiles were piloted by “Little Oscar” (portrayed by George Molchan) who would visit stores, schools, orphanages, and children’s hospitals and participate in parades and festivals.
In 1969, new Wienermobiles were built on a Chevrolet motor home chassis and featured Ford Thunderbird taillights. The 1969 vehicle was the first Wienermobile to travel outside the United States. In 1976 Plastic Products, Inc., built a fiberglass and styrofoam model, again on a Chevrolet motor home chassis.
In 1988, Oscar Mayer launched its Hotdogger program, where recent college graduates were hired to drive the Wienermobile through various parts of the nation and abroad. Using a converted Chevrolet van chassis, Stevens Automotive Corporation and noted industrial designer Brooks Stevens built a fleet of six Wienermobiles for the new team of Hotdoggers.
With the 1995 version, the Wienermobile grew in size to 27 feet long and 11 feet high. The 2004 version of the Wienermobile includes a voice-activated GPS navigation device, an audio center with a wireless microphone, a horn that plays the Wiener Jingle in 21 different genres from Cajun to Rap to Bossa Nova, according to American Eats, and sports fourth generation Pontiac Firebird taillights.

There are currently eight active Wienermobiles, six of which are the full-sized familiar models (the other two are the Mini and the food truck versions) with each assigned a part of the country. The “hotdogger” position of driving the Wienermobile is open to U.S. citizens, and the job lasts from the first of June until the following first of June. Only college seniors who are about to graduate are eligible. Both current hotdoggers and Oscar Mayer recruiters visit college campuses across the country in search of the next round of hotdoggers. Candidates are screened from an average of 2000 applicants. Every March, a pool of thirty final-round candidates are brought to Kraft Foods and Oscar Mayer headquarters in Madison, Wisconsin, for interviews. Each vehicle can hold two hotdoggers, and twelve people are chosen. Currently there are about 300 hotdogger alumni.

They apparently come in all sizes. 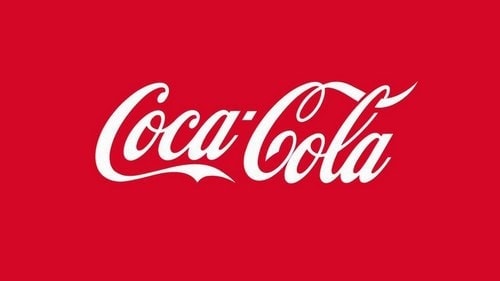 Coca-Cola is the most popular soft drink in the world and the most decorated of all the Coca-Cola company products. Commonly known as Coke, the beverage is produced and/or marketed in at least 200 countries. Together with at least 500 other different drinks producers and marketed by the Coca-Cola Company, there is neither a soft drink nor a soft drink company that rivals coca-cola as a whole.

Pepsi is a cola drink type manufactured by PepsiCo. This carbonated soft drink comes in a number of variants each having its own tastes and flavors. Some of these variants include Pepsi Next, Diet Pepsi, Pepsi Vanilla, Crystal Pepsi, Pepsi Zero Sugar, Pepsi-Cola Made with Real Sugar and Caffeine-Free Pepsi. Pepsi is one of the soft drinks liked because of its low caloric value as compared to other soft drinks. A 12 ounce can of Pepsi contains only about 150 calories. This is pretty low when compared with a number of cola drinks.

Red Bull energy drink has become the most popular energy drink in the world. It is a non-alcoholic drink that contains vitamin B-complex, carbohydrates, caffeine and amino acid taurine. During physical exertion, the taurine in Red Bull adds to the deficient taurine in your body thus boosting your energy. An average of about 5 billion cans of red bull is sold annually, giving the product a 40% energy drink world market share. It is distinct and hence one of the top soft drink brands in the world.

Nestle is synonymous with instant coffee, bottled water, crunches and baby food among other food and beverage products. It is the largest food & beverage company in the world, but the fourth when it comes to the beverage segment. It’s Nescafe coffee brand is the leading coffee product on the market, with Nespresso – a home-brewing system brand also being very popular. Nestle Waters is also its other popular product that makes the company appear among the top 10 soft drink brands in the world in 2017. 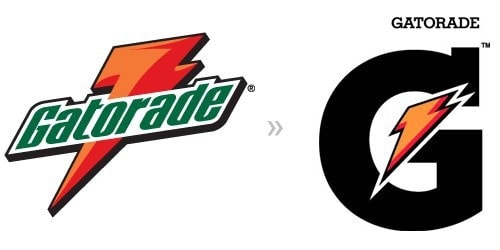 Gatorade drink was invented by University of Florida doctors during the 1960’s with an aim of aiding the hydration of the university’s football team. The team was called the Gators, hence the name. It is for such reasons that the debut Gatorade lemon-lime-flavoured drink is now one of the top sports drinks within the US and beyond.

Today, new beverage brands and flavors have been created by the company. These include the G series for nutrient and fluid need replenishment to professional and collegiate athletes, energy bars & shakes as well as Propel Fitness Water that is vitamin-enhanced. Gatorade is PepsiCo produced.

Sprite is a colorless, lime-lemon flavored, non-caffeinated soft drink manufactured by the Coca-Cola Company. It is normally sold in a translucent green colored bottle that features a yellow-green label. On the other hand, the can always feature aluminum, green, silver and blue. The taste can easily be confused with that of Lemonade but Sprite plays on its own league of carbonated soft drinks. 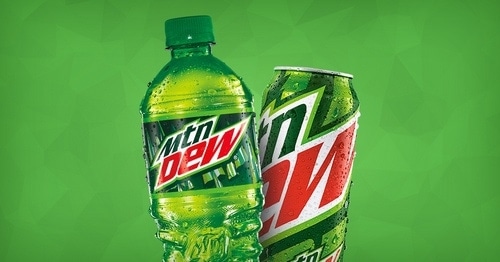 This is yet another PepsiCo carbonated soft drink. It comes to us in Mountain Dew Soda Flavors, the Energy, Dew Slurpee, and International Variations as well as the Kickstart Flavors. These are produced in hundreds of variants, some of which have been discontinued, with only the best of them all being offered to the markets. Mountain Dew soft drink is currently found in the retail stores in all the continents and more than 100 countries. Mountain Dew is mostly marketed in beautiful green containers that are well designed and branded thus attracting more customers. 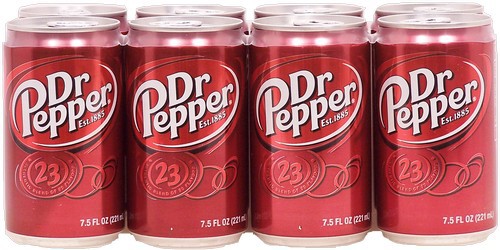 Dr. Pepper is a snap for most of the soft drinkers who are contemplating about the doctor to choose. Dr. Pepper Sodas and Snapple drinks are bottled and distributed by Dr. Pepper Snapple Group. The company served Canada, the USA, and Mexico as its mainstreams, with other countries also highly using its products. Among the company’s products, Dr. Pepper & Snapple is the most popular, the third most popular soda drink in the North American continent.

Fanta is yet another popular soft drink beverage produced by the Coca-Cola Company and with a German origin. Today, there are at least 100 different flavors worldwide, with the most popular and common being Fanta Orange. Others are mainly fruit flavored with some of the flavors including citrus, pineapple, strawberry and blackcurrant etc. It is one of the most favorite soda brands for the children and toddlers.

Tropicana is a soft drink beverage that has defied the odds to come among the top 10 soft drinks and beverages in the world in 2017, beating other coca-cola and PepsiCo products. The juice, which comes in many flavors but with the orange variant being its main signature, is produced by Tropicana Products Inc. Some of the Tropicana variants include the Tropicana Twister Soda among others.

The juice is one of the healthiest and with very few calories as compared with its other competitors. Its ingredients are mainly natural, with some of the variants being sugar-free and with no artificial in them. With the increase in health awareness and consciousness of the population, don’t underestimate the future performance of the drink and its other sister soft drinks from Tropicana Products Inc.