The Nightmare’s Fear Factory is a haunted house attraction in Niagara Falls, Canada, and one of the oldest running haunted house in North America. The house has been described as the “scariest and best haunted house attraction” and in case you don’t believe them, the owners of the 30-year old establishment publishes a regularly updated stream of pictures showing terrified visitors shrieking and grimacing with genuine fear. The photos became an internet sensation after they went viral in social media websites.

The house is so frightening that visitors have a ‘safety word’ – Nightmares – which they can utter at any time if they wish to be escorted out. In the last 30 years, about a half-million people have gone through, and many have opted out part-way and had their names added to a public “chicken list”. Over 110,000 people have elected to use the ‘chicken exit’ during the 15-minute tour.

The tour takes from 10 to 15 minutes and is in total darkness, except for small red lights on the floors, walls and ceiling that patrons must follow in order to get through the haunted house. Unlike conventional haunted houses, the Nightmares Fear Factory doesn’t rely primarily on blood and gore in order to induce fear. Rather, there are live actors in scary costumes that come at the patrons out of the darkness and taunt them, scream at them, speak in creepy voices, etc. They have been known to grab, push and pull patrons in order to get a reaction. There are also scary sounds like growls, eerie music, spooky voices, yelling, and so forth. Highlights of the tour include a shaky drawbridge, a claustrophobic tunnel that visitors must crawl through, and a place where it appears that the walls are closing in on the visitors.

The most notable part of the tour is when the visitors, walking in complete darkness (often holding on to each other) suddenly see a sign that reminds them that they are going to die. At this point their pictures are taken and sometimes posted on the Fear Factory’s Flickr account. After doing some research on what exactly is making these people shit their pants I think I discovered what it is.  It is a hologram type image of a screaming demon that comes out of nowhere.

If anybody wants to check out some scary business in Winnipeg, check this link:

Buying clothes online is always a bit of a gamble. Aside from the obvious, which is you can’t try things on through your computer screen so you can’t be sure how they’ll fit, you really won’t even know if the items you bought look like the photos until the packages arrive at your door. It’s shopping roulette, and unfortunately a lot of us have paid for a cute shirt but received a potato sack.

Sometimes, though, if you’re extremely, extremely lucky, you’ll end up with something better than you anticipated.

Kelsey Williamson, a mom from Illinois, ordered a shirt for her 3-year-old daughter off AliExpress. Even if you don’t shop online, if you’ve ever been on Facebook you’ve probably scrolled by one of their ads, maybe you’ve even hovered over the “shop now” button because part of you is dying to know what $5 jeans actually look like.

Williamson told BuzzFeed News that she’s bought a ton of clothes for her daughter off the same site before, so she didn’t expect this time to be any different. OHHH BUT IT WAS.

This was the shirt she WANTED to buy:

Frog and Toad, two of the most wholesome children’s book characters ever. I mean, this is definitely using their picture illegally which is not wholesome but aside from the blatant copyright infringement, super wholesome.

This is the shirt that she got: 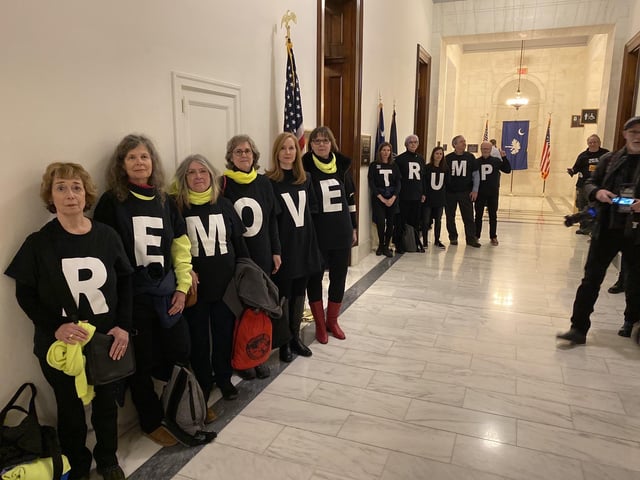 Below are a few totally extreme thrill rides that allow the brave at heart to push it to the limit.  These rides are extremely high up.  These are not for people who suffer from a fear of heights.

The first three are situated on the top of the Stratosphere Tower in Las Vegas, Nevada.

The tower is 1,149 feet tall.  It is part of a complex that includes a hotel and various casinos.

The first ride is a free fall contraption called The “Big Shot,” a thing that shoots you up about 10 stories above the top of the tower and then drops you in a sickening bouncy movement (sort of a reverse bungee-jump).

The next is a completely crazy heart stopper called Insanity, a thing that hangs you out over the edge of the tower and spins you around at 40 miles and hour (See Below).  This is a ride where you really hope the maintenance people are doing their jobs correctly.  If this ride screws up you will have a thousand foot free fall that will last seconds.  You will have a bit of time to reflect on your transgressions in life before you splatter into a thousand pieces.

This next one is for only the bravest fool idiot thrill riders.  If this thing malfunctions it is a thousand foot head first dive into the pavement of the Las Vegas Strip.  The “X-Scream,” an open-air car that launches you on a teeter-totter style track over the side of the building.  The cart goes back as the track teeters with the front up.  As the track teeters with the front going downward the cart rolls rapidly right to the front before stopping abruptly.  You have got to be out of your mind to do this without a parachute.

Now if this thing doesn’t make you wet or crap yourself nothing will.

There is no way I would even attempt to go on any of these rides unless I was highly medicated on fear reducing substances.  The people that go on these rides are brave.  No two ways around that.  They also have to be a bit crazy.  These thrill riders must also be people that don’t contemplate the what ifs.  What if a bolt slips off, what if a goose shits on the track causing a slippage of a wheel, what if a maintenance guy was drunk and forgot to grease the undercarriage.  Too many what ifs for me.

The most extreme thrill ride thing I ever did was a Zipper ride at a country fair in rural Manitoba a few years ago.  My friend and I got on the ride in the middle of the afternoon.  There was nobody else on the ride at that time of day.  So the ride operator asked us if we had strong stomachs, feeling macho we both said hell yes.  As soon as we were airborne the operator gunned the machine for all it was worth and kept it pumped for 12 minutes.  I think he was testing the ride to see what its limits were.

I was convinced that our cage was going to break off and we were going to fly 500 meters into the air and land in a farmer’s field.  When I got off the ride I was ghost white, my stomach was in my upper shoulder area, my ass was where my stomach used to be and my head felt like it was coming off a  Extra Old Stock twelve beer hang over.  I took a deep breath as I walked away from that Zipper and deeply appreciated my second chance at life.

This is what hard drinking boys do when it’s time to get plastered and they are low on cash.

Some people have issues with the airline.

On the evening of April 9, 2017, a revenue passenger was forcibly removed by law enforcement from United Airlines flight 3411 at Chicago-O’Hare, bound for Louisville. United announced that it needed four seats for airline staff on the sold-out flight. When no passengers volunteered after being offered vouchers worth $800, United staff selected four passengers to leave. Three of them did so, but the fourth, a doctor named David Dao, declined as he said that he had patients to treat the following morning. He was pulled from his seat by Chicago Department of Aviation security officers and dragged by his arms down the aisle. Dao sustained a concussion, broken teeth, a broken nose, and other injuries. The incident was captured on smartphone cameras and posted on social media, triggering an angry public backlash. Afterwards, United’s chief executive officer, Oscar Munoz, described Dao as “disruptive and belligerent”, apologized for “re-accommodating” the paying customers, and defended and praised staff for “following established procedures”. He was widely criticized as “tone-deaf”. Munoz later issued a second statement calling what happened a “truly horrific event” and accepting “full responsibility” for it. After a lawsuit, Dao reached an undisclosed settlement with United and airport police. In the aftermath, United’s board of directors decided that Munoz would not become its chairman and that executive compensation would be tied to customer satisfaction. Following this incident, passenger complaints increased by 70 percent.

Noah and the Ark.

This is the world’s only McDonald’s shaped like a flying saucer. Its aerodynamic qualities have been compromised by its need to enclose a Playland, but there’s no mistaking its distinctive saucer shape, enhanced during daylight by its metal skin and at night by its judicious used of neon piping around its window frames and ridge lines.