I took a trip to South Central Manitoba. Clear skies and the rolling Prairies. More specifically Somerset, Manitoba, where I grew up. Mean Old Man Winter will be arriving soon in these northern climes.

Mobula is a genus of ray in the family Myliobatidae (eagle rays). Their appearance is similar to that of manta rays, which are in the same family. Species of this genera are often collectively referred to as “flying mobula” or simply “flying rays”, due to their propensity for breaching, sometimes in a spectacular manner. The devil fish can attain a disc width of up to 5.2 m (17 ft) and can probably weigh over a ton, second only to the Manta species in size. Despite their size, little is known about this genus, much of it being from anecdotal accounts.

Tall, small, big, short, it makes no difference. Unless of course you are a middle linebacker or a jockey. Despite the trivial nature of this post, there are some surprising revelations here.  Never realized Snooky was 4’8″, and Seth Green was 5’4″.

There is a bit of redundancy here, it was necessary to include as many people as possible.

I don’t know where I’m going, but I’m on my way.
Carl Sandburg

Go to Heaven for the climate, Hell for the company.

Happiness is having a large, loving, caring, close-knit family in another city.

When we talk to God, we’re praying. When God talks to us, we’re schizophrenic.
George Burns

Why do they call it rush hour when nothing moves?

There are lots of people who mistake their imagination for their memory.

The only true wisdom is in knowing you know nothing.

Life is full of misery, loneliness, and suffering – and it’s all over much too soon.

Just cause you got the monkey off your back doesn’t mean the circus has left town.

Sergey Mikhaylovich Prokudin-Gorsky was a Russian chemist and photographer, best known for his pioneering work in color photography during the early 20th century. His priceless color photographs documenting the waning days of the Russian Empire before the First World War and the Russian Revolution are today some of the most prized possession of the United States Library of Congress.

In the beginning of the 20th century, color photography was still in its infancy. It was the German photochemist Adolf Miethe, with whom Prokudin-Gorsky studied briefly the techniques, who greatly improved the three-color principle of color photography. Using a specialized camera developed by Adolf Miethe, Prokudin-Gorsky took three black and white images in quick succession, using red, green and blue filters, which were later recombined and projected with filtered lanterns to show near true color images. Because exposure time was often high and the three color-filtered photographs were not taken at the same time, subjects that did not hold steady during the entire operation exhibited colored fringes around its edges in the resulting color image. Such fringes are characteristics of many Prokudin-Gorsky’s photographs. 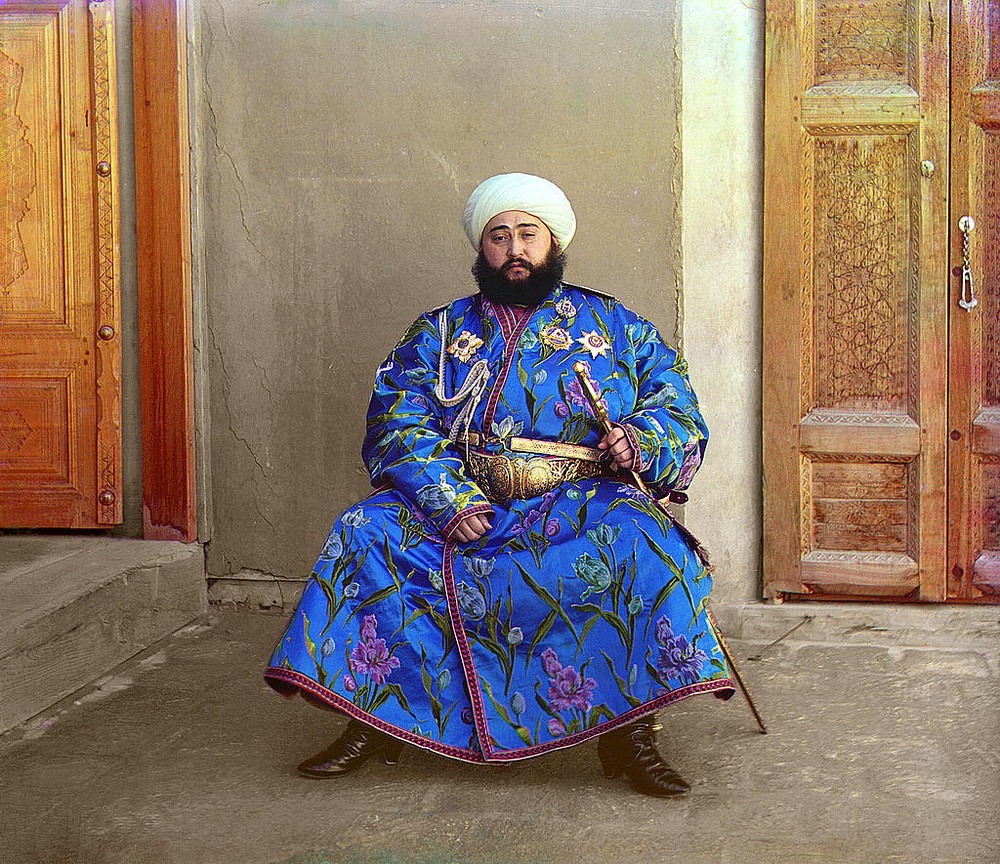 The Emir of Bukhara, Alim Khan (1880-1944), poses for his portrait, taken in 1911 shortly after his accession. As ruler of an autonomous city-state in Islamic Central Asia, the Emir presided over the internal affairs of his emirate as absolute monarch, although since the mid-1800s Bukhara had been a vassal state of the Russian Empire. With the establishment of Soviet power in Bukhara in 1920, the Emir fled to Afghanistan where he died in 1944.

Around 1905, Prokudin-Gorsky envisioned and formulated a plan to use the emerging technological advances in color photography to document the Russian Empire systematically. Tsar Nicholas II granted him permits that allowed him to travel unmolested across restricted areas and instructed the empire’s bureaucracy to cooperate with the photographer. For six years from 1909 through 1915 Prokudin-Gorsky travelled across the length and breadth of the vast country in a specially equipped railroad-car darkroom capturing vivid portraits of a lost world. His subjects ranged from the medieval churches and monasteries, to the railroads and factories of an emerging industrial power, to the daily life and work of Russia’s diverse population. According to one estimate, Prokudin-Gorsky took over 10,000 photographs during these years.

After the Russian Revolution, Prokudin-Gorsky left Russia in 1918 and eventually settled in Paris. Prokudin-Gorsky couldn’t take all of his photographs with him when he left Russia. Some sources claim he only had about 3,500 negatives with him before leaving the country, of which nearly half were confiscated by Russian authorities for containing material they deemed strategically sensitive for war-time Russia. Some of Prokudin-Gorsky’s negatives were given away, and some he hid on his departure. The remaining negatives—about 1,900 of them—and about 700 more album prints were purchased by the United States Library of Congress in 1948, four years after the death of Prokudin-Gorsky. 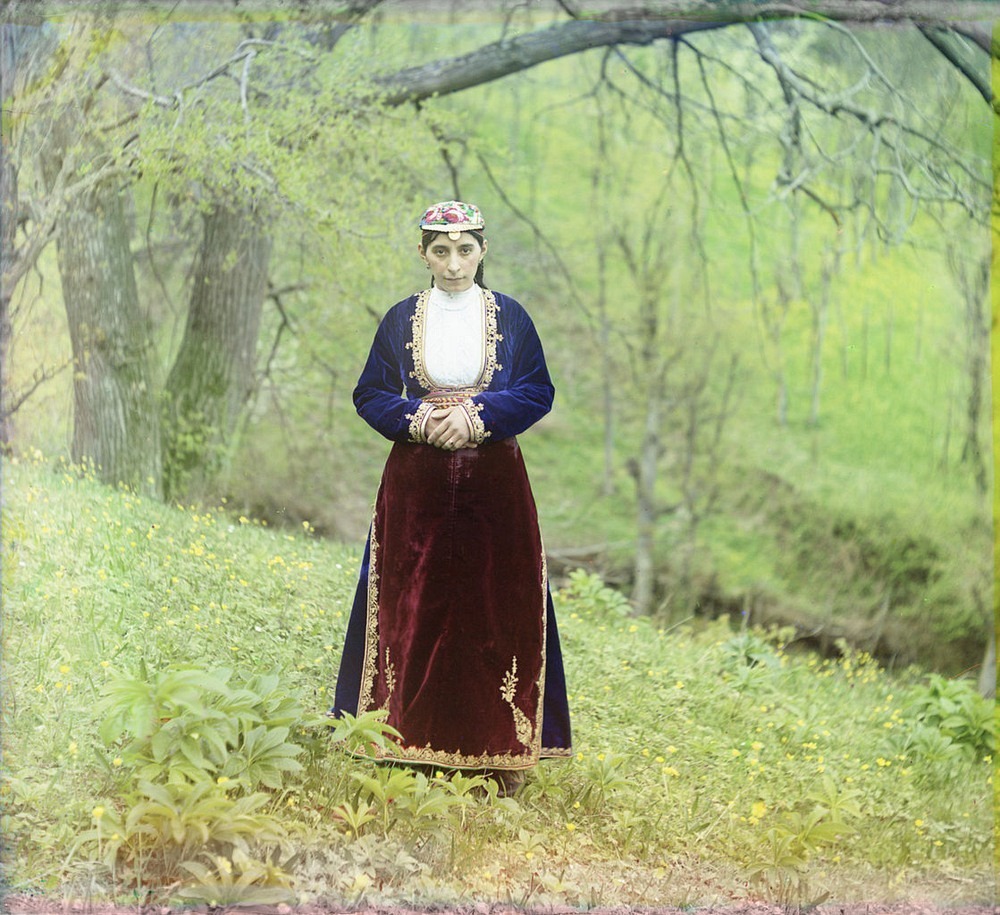 An Armenian woman from Artvin in national costume. 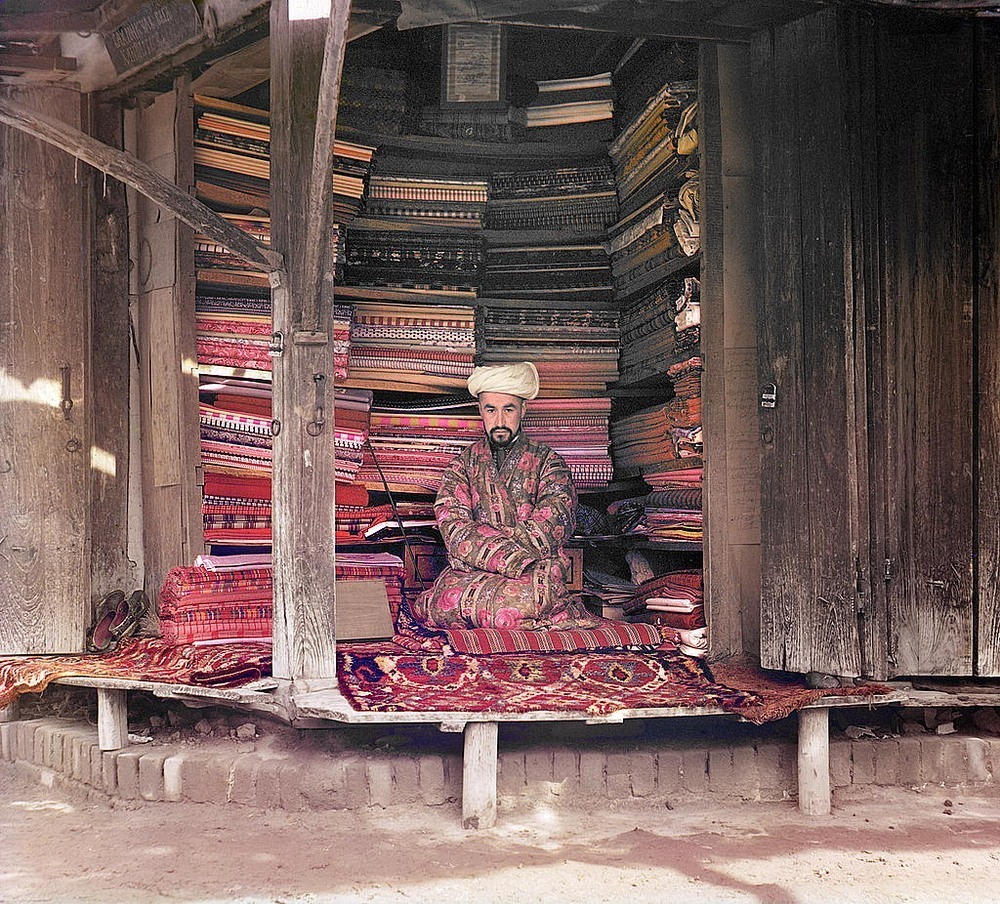 A merchant at the Samarkand market displays colorful silk, cotton, and wool fabrics as well as a few traditional carpets. A framed page of the Koran hangs at the top of the stall 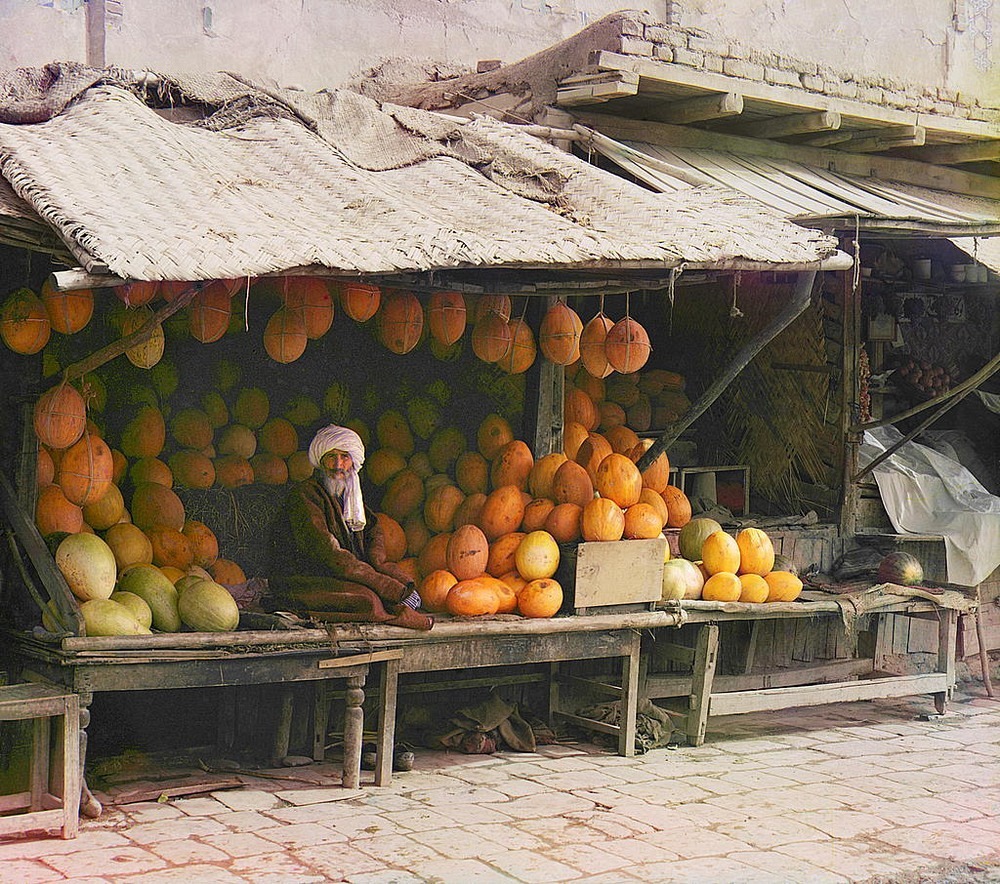 Dressed in traditional Central Asian attire, a vendor of locally grown melons poses at his stand in the marketplace of Samarkand in present-day Uzbekistan. 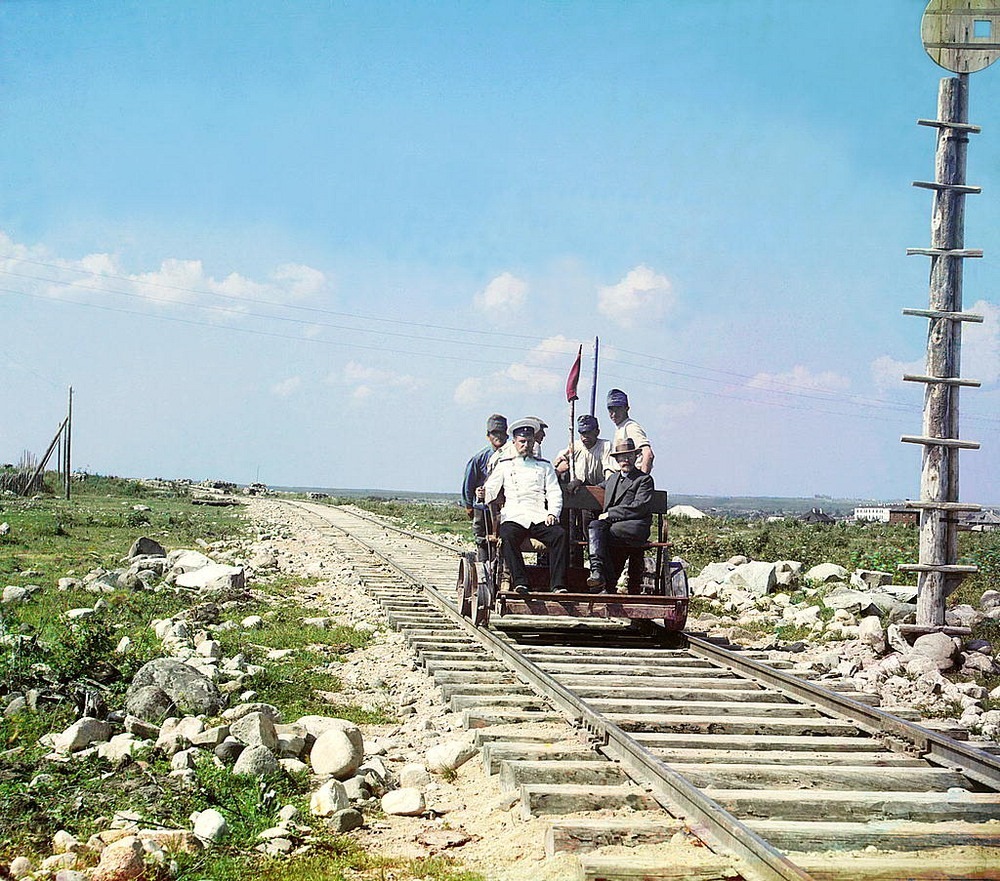 Prokudin-Gorskii and others ride the Murmansk Railroad in a handcar along the shores of Lake Onega near Petrozavodsk. 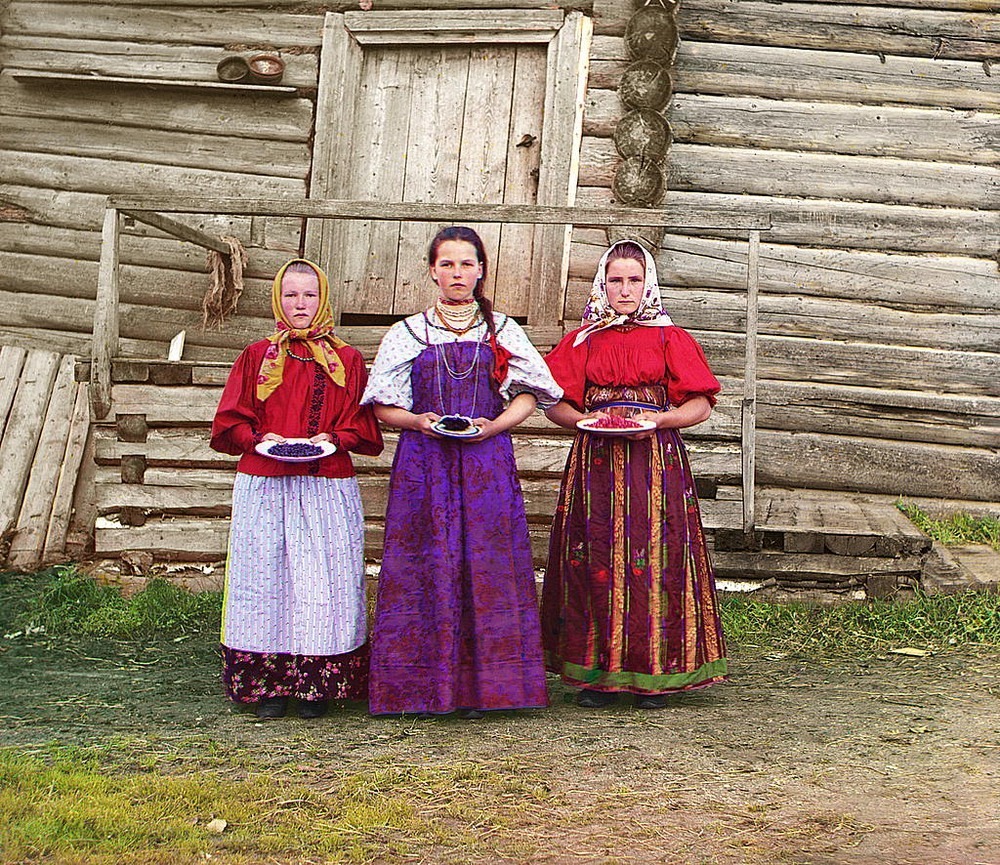 Young Russian peasant women offer berries to visitors to their izba, a traditional wooden house, in a rural area along the Sheksna River near the small town of Kirillov. 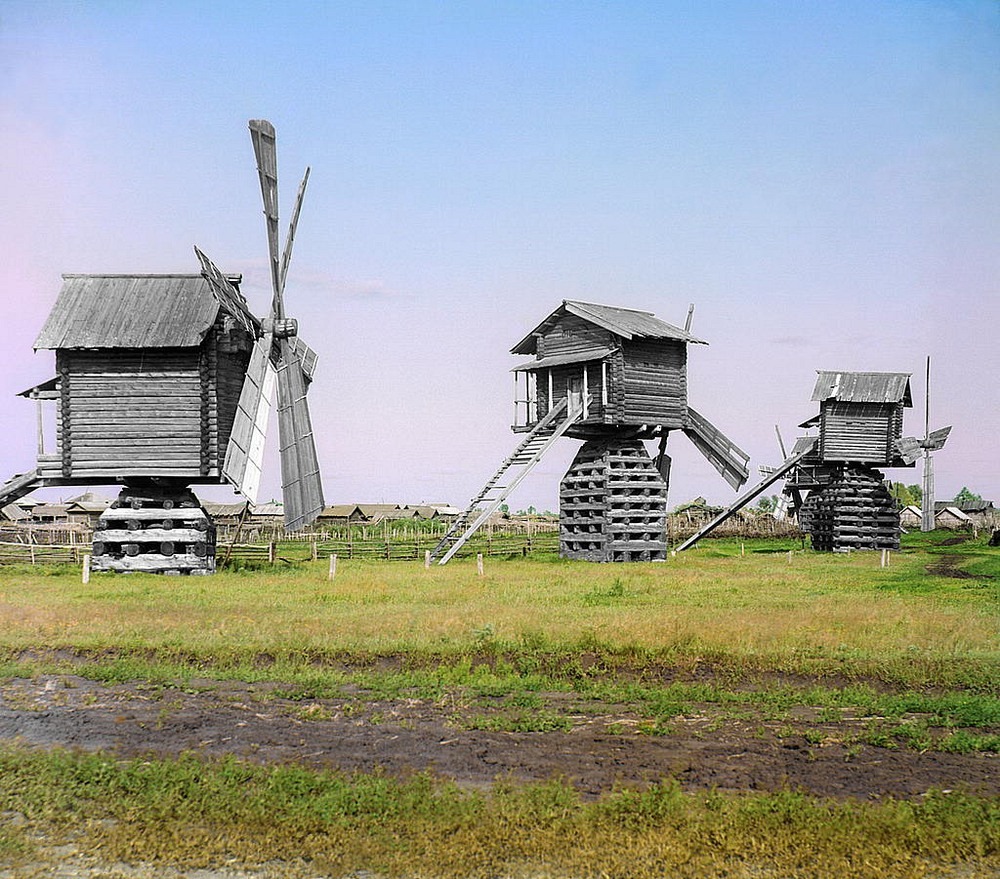 Wooden mills using wind-power to grind wheat and rye are photographed in the middle of summer on the vast Siberian plain in rural Ialutorovsk county in Western Siberia. 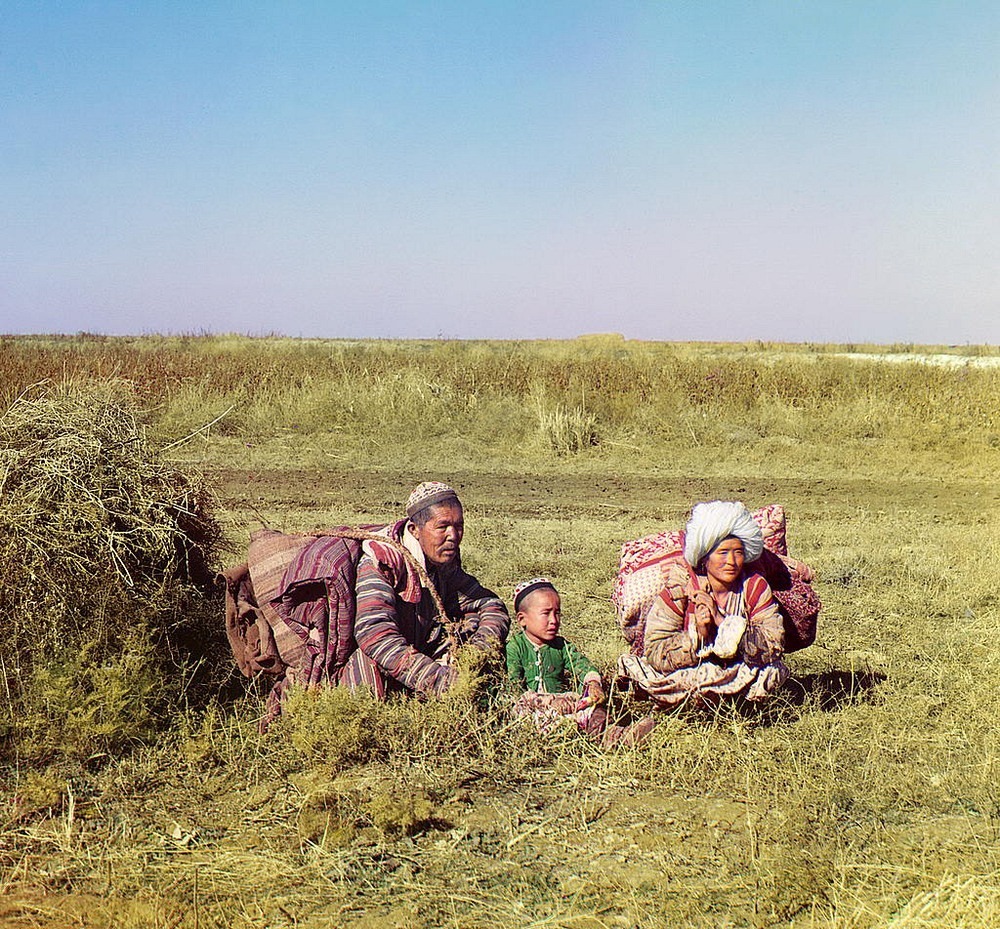 A young Kazakh family in colorful traditional dress moving across the Golodnaia (or “Hungry”) steppe in present-day Uzbekistan and Kazakhstan. Many Central Asiatic peoples, for example the Kirghiz, Kazakhs, and Uzbeks, lived nomadic lives on the steppes, valleys, and deserts, migrating seasonally from one place to another as opportunities for obtaining food, water, and shelter changed. 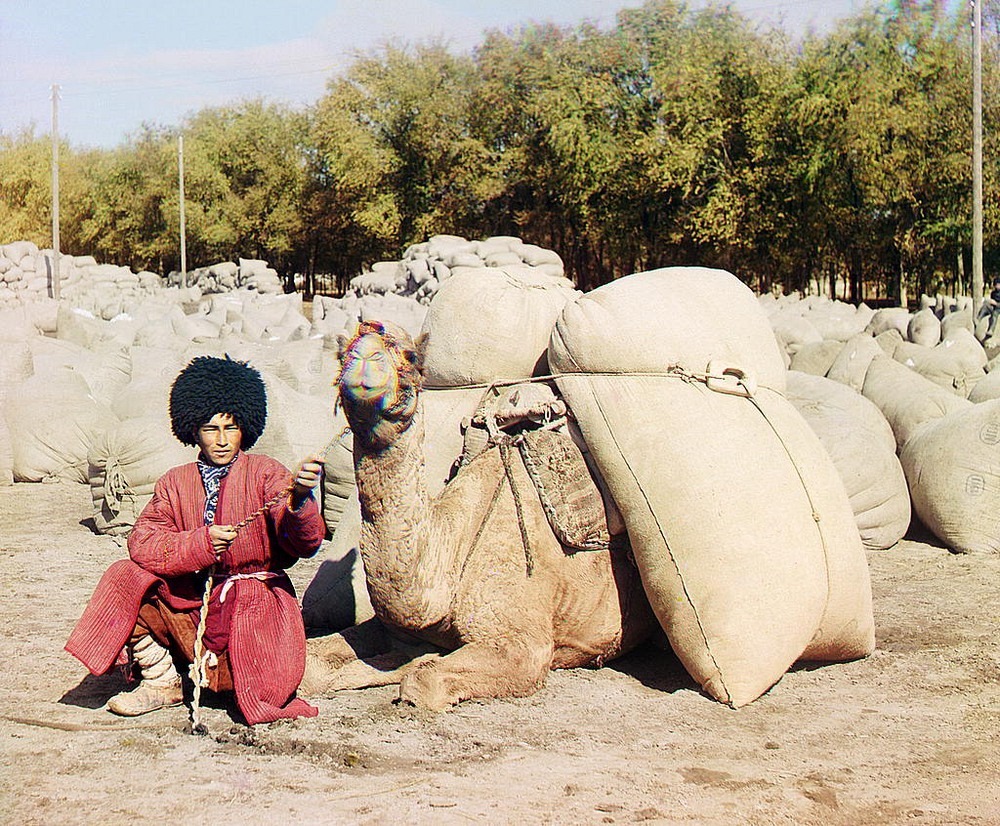 Wearing traditional dress and headgear, a Turkmen camel driver poses with his camel, laden with what is most likely grain or cotton. Camel caravans remained the most common means of transporting food, raw materials, and manufactured goods in Central Asia well into the railroad era. 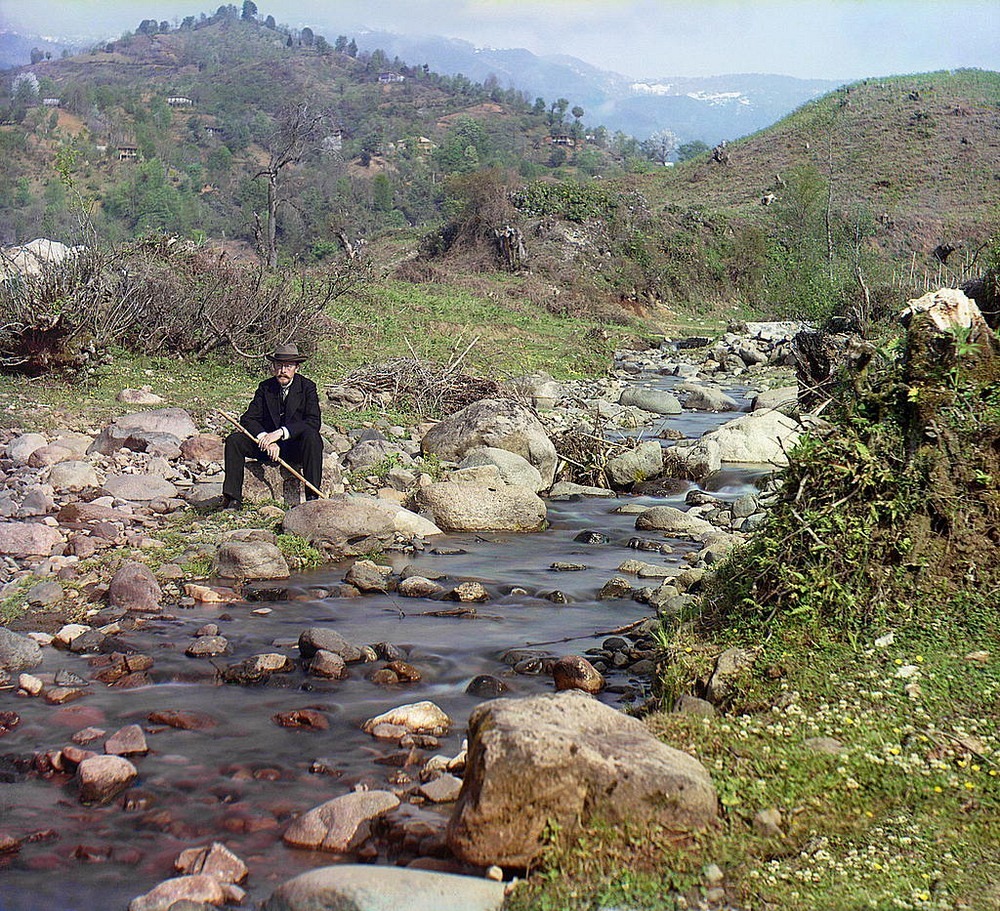 Sergei Mikhailovich Prokudin-Gorskii poses near a mountain stream, thought to be the Karolitskhali River in the Caucasus Mountains near the seaport of Batumi on the eastern coast of the Black Sea. 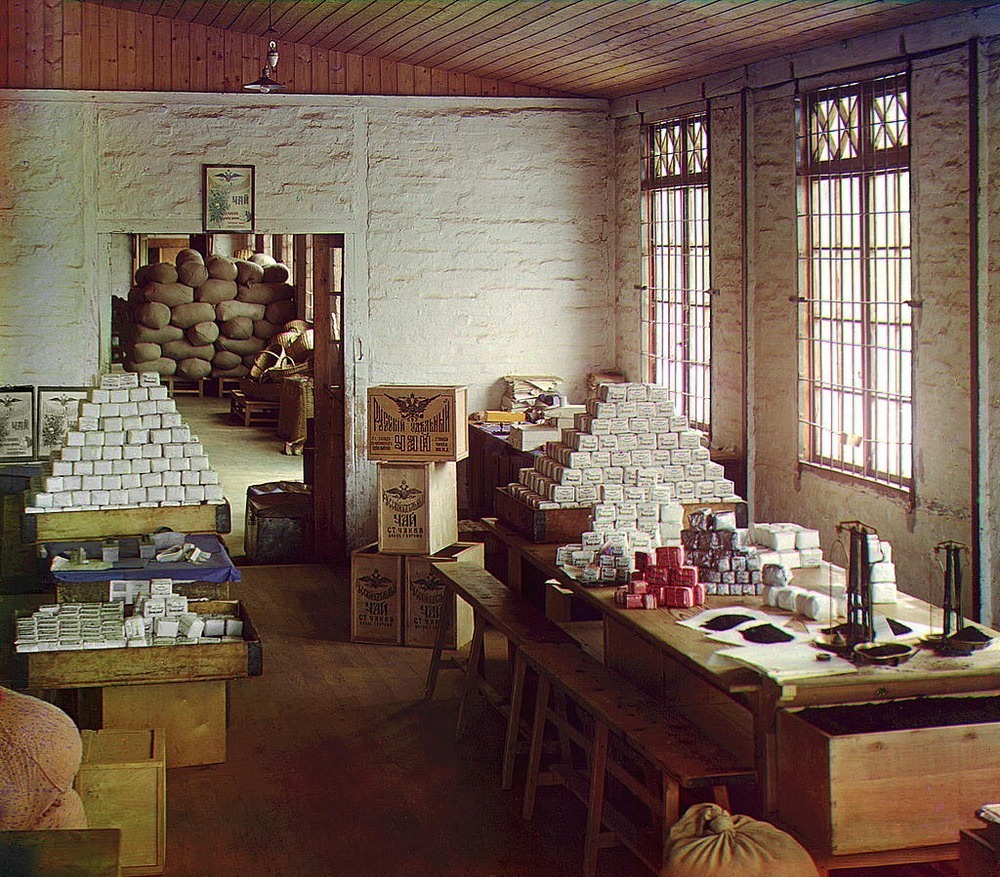 This photo shows the interior of a tea packaging and weighing operation located at the Chakva tea farm and processing plant just north of Batumi, close to the Black Sea coast in what is now the Republic of Georgia. The Chakva farm and plant was one of the major suppliers of tea to all parts of the Russian Empire. 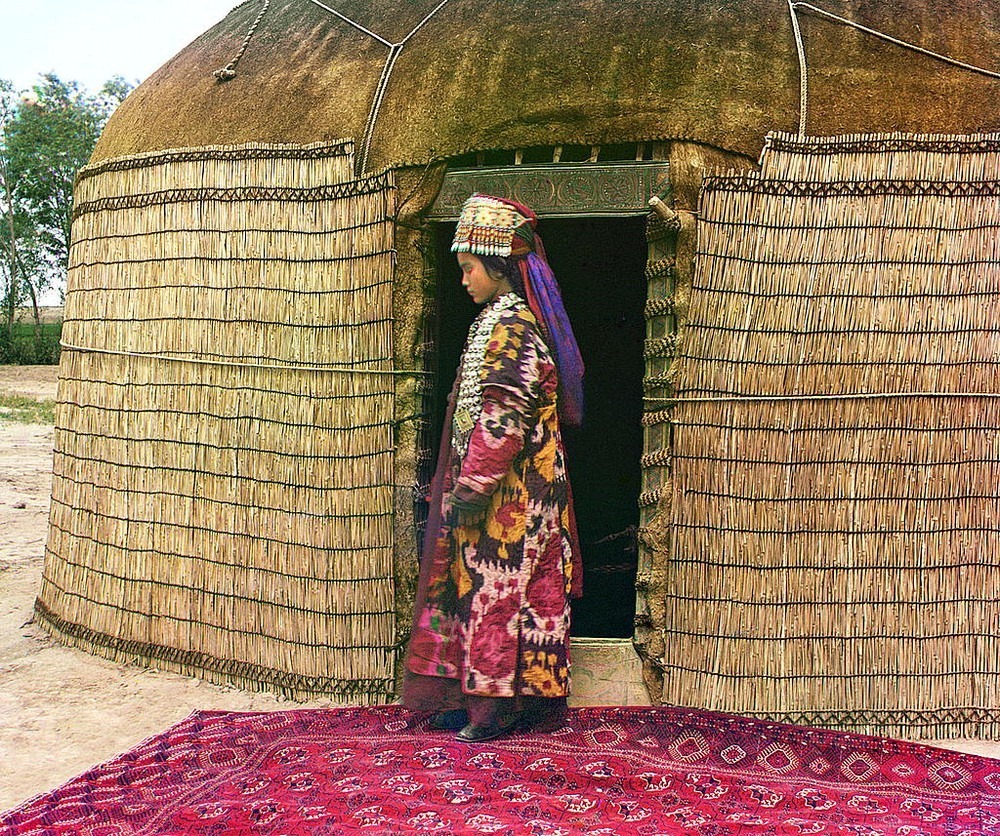 In this portrait, Prokudin-Gorksii captures the traditional dress, jewelry, and hairstyle of an Uzbek woman standing on a richly decorated carpet at the entrance to a yurt, a portable tent used for housing by the nomadic peoples of Central Asia. 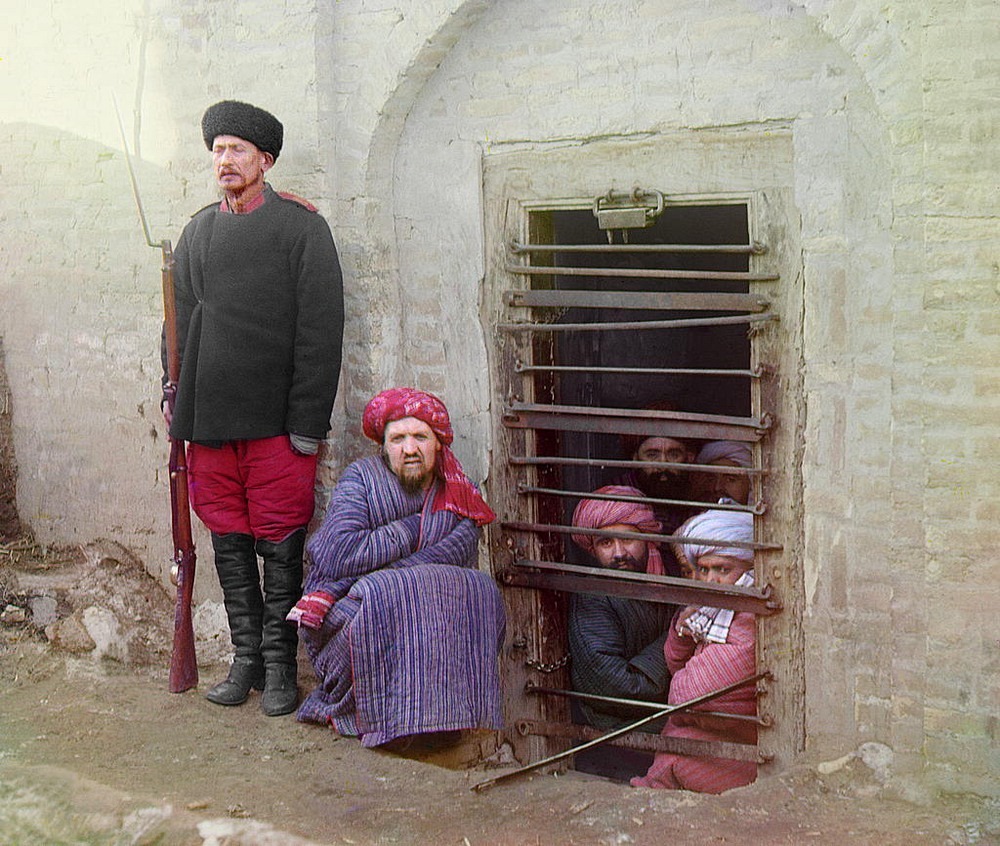 Five inmates stare out from a zindan, a traditional Central Asian prison–in essence a pit in the earth with a low structure built on top. The guard, with Russian rifle and bayonet, is attired in Russian-style uniform and boots. 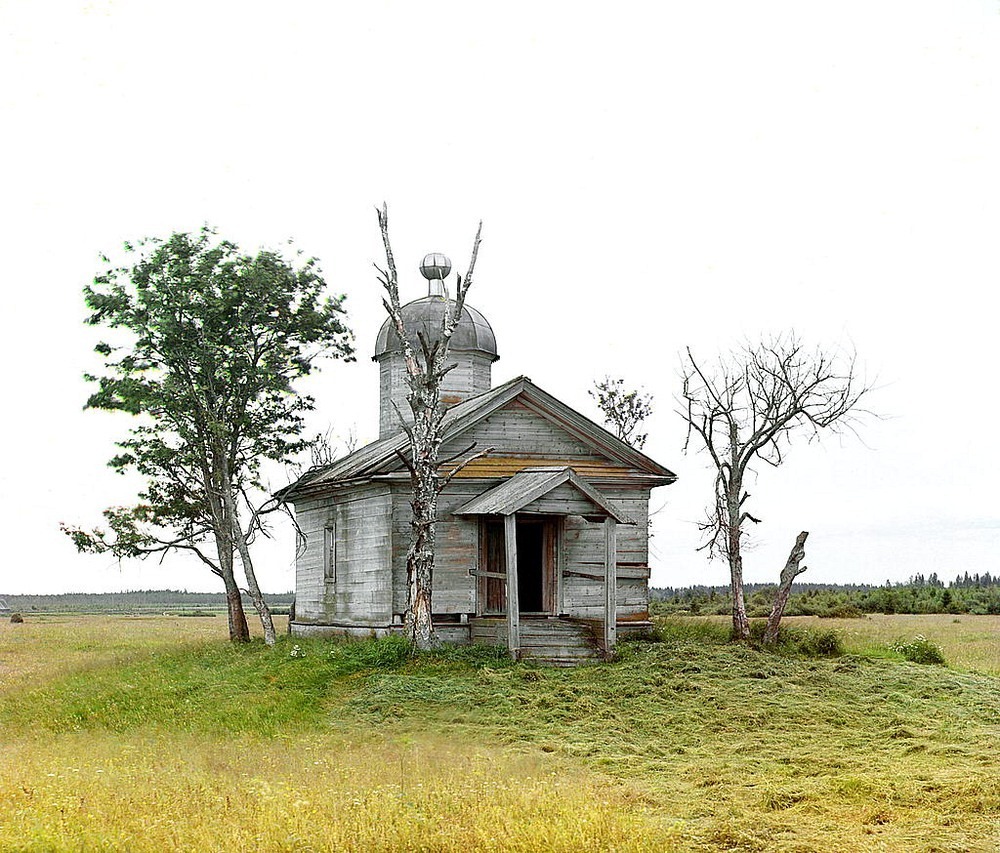 A small nineteenth-century wooden chapel, was on the north side of the White Lake in north central European Russia. 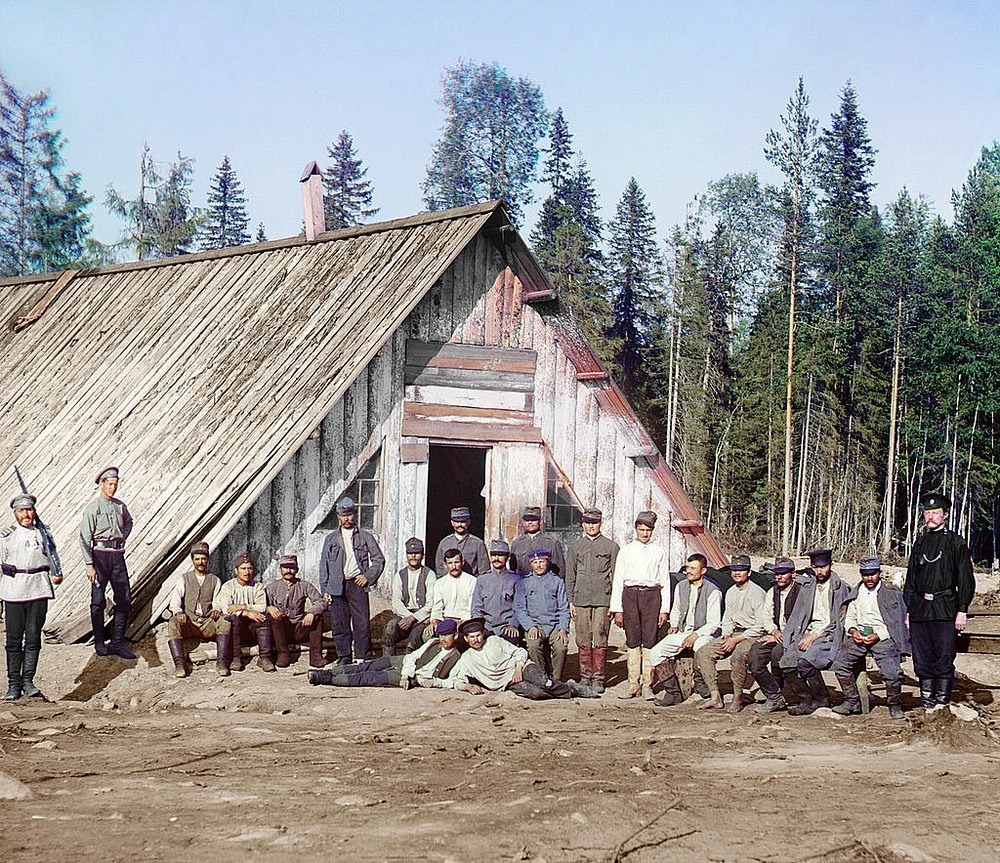 In the early years of the First World War, Prokudin-Gorskii photographed a group of prisoners of war from the Austro-Hungarian Empire. The men are probably Poles, Ukrainians, and members of other Slavic nationalities, imprisoned at an unidentified location in the far north of European Russia near the White Sea. This image escaped being confiscated by border guards probably because what is being represented is not immediately obvious. 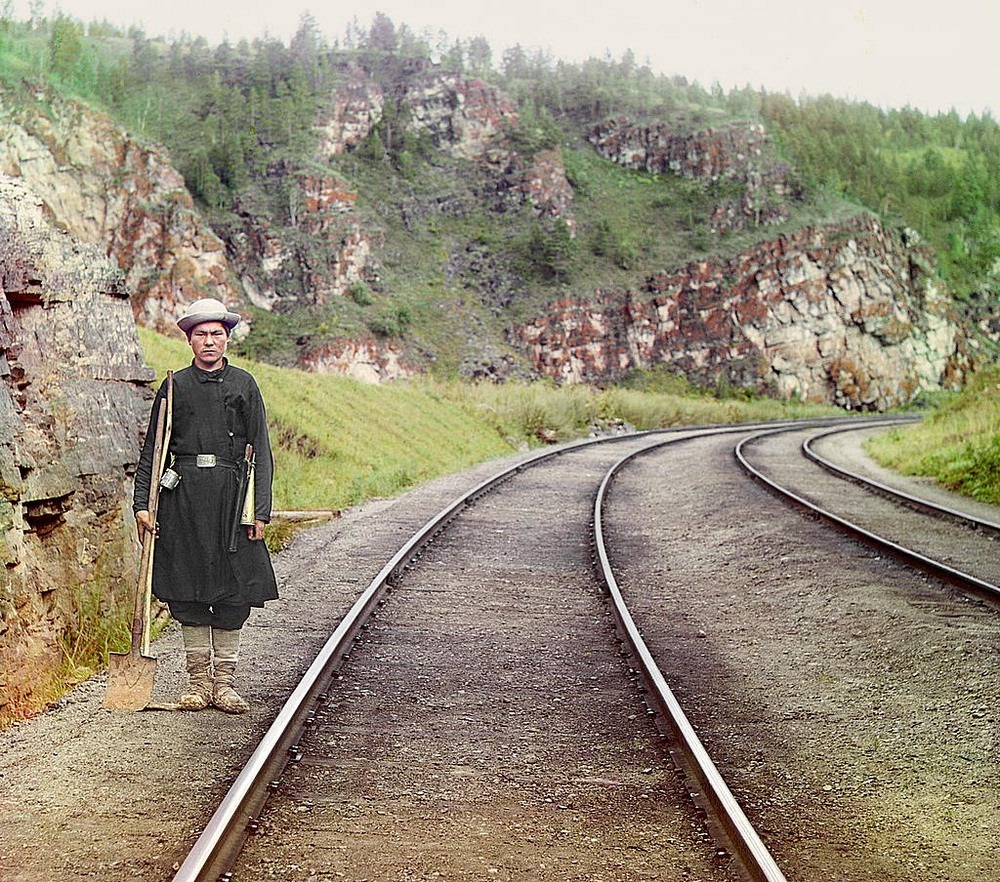 A Bashkir switch operator poses by the mainline of the railroad, near the town of Ust’ Katav on the Yuryuzan River between Ufa and Cheliabinsk in the Ural Mountain region of European Russia. 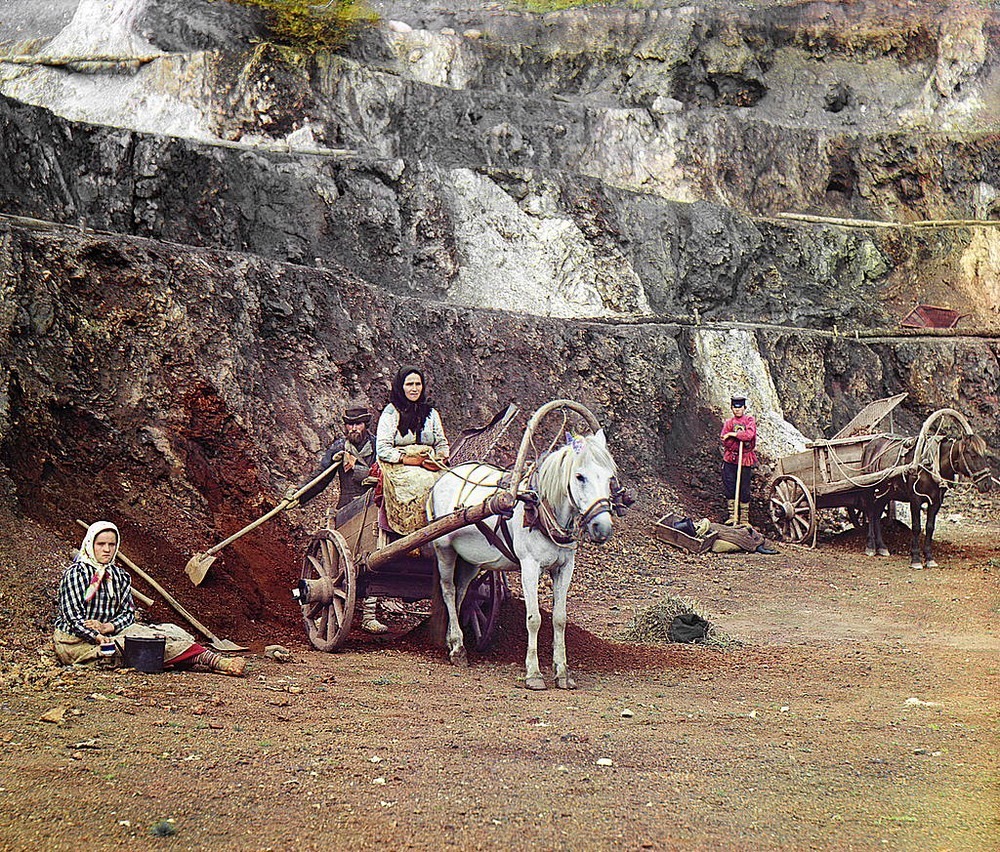 The Ural Mountain region is noted for the richness of its iron deposits and ores. The Bakaly hills, in the area outside the city of Ekaterinburg, provide the locale for a small-scale family mining operation.

Online used car retailer Carvana, which has revolutionized how people buy cars, is back with another innovation — the world’s first coin operated car vending machine that can dispense cars in a fully automated process. The five-story glass tower, which can house as many as 20 used cars at a time, stands on Interstate 65 in the US city of Nashville, in Tennessee. Carvana said the move was to simplify the car delivery process, and at the same time make picking up the car an experience for the buyer.

Carvana, a technology start-up based in Phoenix, has been selling used cars online since 2013. Typical of online shopping sites, Carvana allows customers to browse its selection of used cars online with high-resolution photos and 360-degree virtual tours. Once a vehicle is selected, customers can get financing, trade in a vehicle, and sign contracts — everything done online. The car is then delivered to the door or picked up from the company’s store. Buyers get a 7-days test-drive period after which they can return the car if they aren’t satisfied.

The online model has allowed Carvana to cut down on staff and overhead, and according to its own estimates, save customers around US$2,000 in the process. Now with the new vending machine, even the pickup is unmanned.

Customers buy the car online, like before, and then proceed to the vending machine as soon as their car is ready to pickup. Upon entry into the lobby, the customer receives an oversized coin that they place into a slot. The coin triggers an automated process where a machine spins and grabs the vehicle, bringing it to a track that delivers the car to one of three bays. The entire process is accompanied by a grand light and sound show.

Those customers who live outside Nashville but want to pick up from the vending machine, Carvana will subsidize $200 in airfare and arrange transportation from the airport to the Nashville facility.