The American space agency has rolled out its new giant Moon rocket for the first time.

The vehicle, known as the Space Launch System (SLS), was taken to Pad 39B at the Kennedy Space Center in Florida to conduct a dummy countdown.

If that goes well, the rocket will be declared ready for a mission in which it will send an uncrewed test capsule around the Moon.

This could happen in the next couple of months. 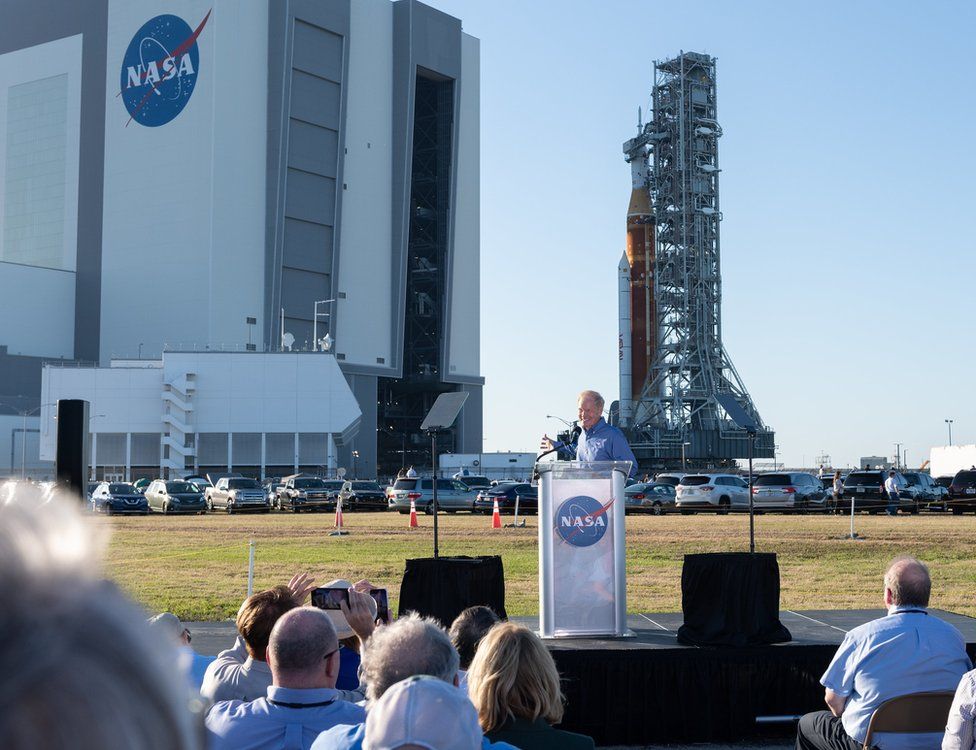 Ultimately, it’s hoped astronauts would climb aboard later SLS rockets to return to the Moon’s surface sometime in the second half of this decade.

These missions are part of what Nasa calls its Artemis programme.

“The Artemis generation is preparing to reach new frontiers,” he told the spectator crowds gathered at Kennedy.

“This generation will return astronauts to the Moon and this time, we will land the first woman and the first person of colour on the surface, to conduct ground-breaking science.

“Nasa’s Artemis programme will pave the way for humanity’s giant leap (to) future missions to Mars.”

SLS is a colossus. A touch under 100m in height, it was designed to be more powerful than the Apollo Saturn vehicles of the late 1960s and early 1970s.

It will have the thrust to not only send astronauts far beyond Earth but additionally so much equipment and cargo that those crews could stay away for extended periods.

Thursday’s rollout from Kennedy’s Vehicle Assembly Building (VAB) is the rocket’s debut in the sense that it’s the very first time everyone has got to see all its different elements fully stacked together.

The SLS move from the VAB began 17:47 local Florida time.

The rocket came out attached to a support gantry known as the Mobile Launcher. This structure, which is itself 120m high and weighs 5,000 tonnes, was sitting atop the same mammoth tractor that used to move the Saturn Vs back in the day, and later the space shuttles.

The Crawler Transporter goes very slowly, with a cruising speed of just over 1km/h (under 1mph). And after engineers had stopped and started the tractor for various checks, it was 04:15 on Friday morning by the time the procession had reached Pad 39B. A total journey distance of 6.75km.

SLS will now be prepared for a “wet dress rehearsal”, likely to occur on 3 April.

This will see the rocket loaded with propellants and taken through a practice countdown all the way to a mere 9.4 seconds from the moment of lift-off. The “scrub” point is just before they would normally light the four big shuttle-era engines under the rocket.

Assuming everything proceeds to the satisfaction of the engineers, Nasa will then be able to set a flight date.

The end of May remains a possibility, but more likely it will be June or July.

This mission, dubbed Artemis-1, will propel the rocket’s Orion crew capsule on a 26-day journey that includes an expanded orbit around the Moon. There will be no-one in the capsule for the test flight. This should happen on a second mission in a couple of years’ time. 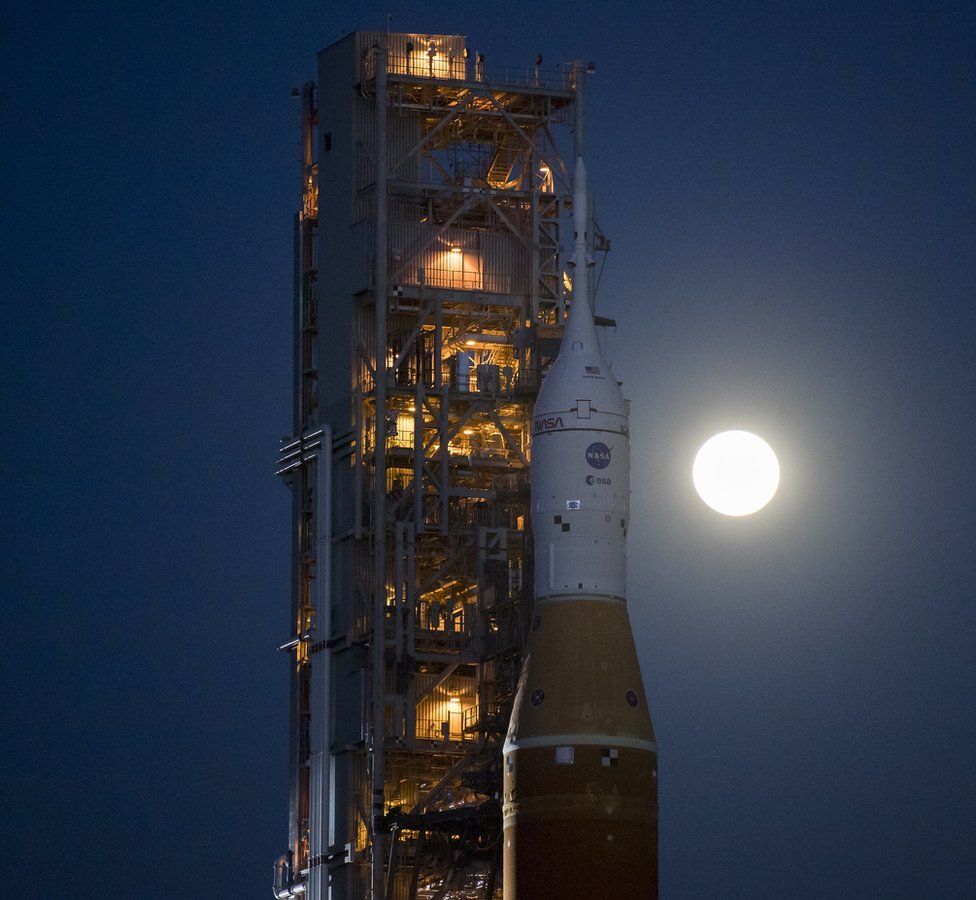 The Moon is the initial target, but eventually Nasa wants to get people to Mars

While Nasa is developing the SLS, the American rocket entrepreneur Elon Musk is preparing an even larger vehicle at his R&D facility in Texas.

He calls his giant rocket the Starship. Like SLS it has yet to have a maiden flight. Unlike SLS, Starship has been designed to be totally reusable and ought therefore to be considerably cheaper to operate.

A recent assessment from the Office of Inspector General, which audits Nasa programmes, found that the first four SLS missions would each cost more than $4bn to execute – a sum of money that was described as “unsustainable”.