Following a storm that swept over the region, a city in southern Egypt found itself under siege from a swarm of scorpions that scurried into the community and stung more than 500 people. The unsettling incident reportedly began on Friday evening when torrential rains pounded the area around the city of Aswan, resulting in widespread flooding. As residents struggled to deal with the fallout from the inclement weather, they were soon faced with a more troubling problem as the storm caused the region’s scorpion population to flee their underground burrows and take shelter inside people’s homes. 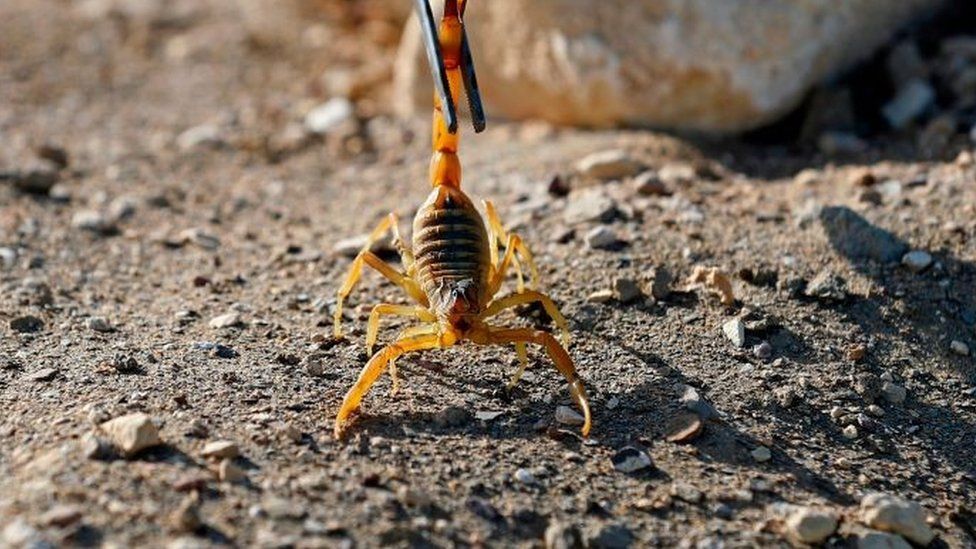 On Friday night alone, a staggering 503 individuals were stung by the creepy creatures, causing the country’s Ministry of Health to issue a warning to residents about the situation. Dozens of different scorpion species reside in Egypt, including two particularly troubling types: the fat-tailed scorpion, which boasts venom that can kill a person within an hour, and the nightmarishly named ‘deathstalker,’ which possesses a less-lethal sting, but one that can also kill children and badly sicken adults.

Fortunately, the region is familiar with the dangers that come from the deadly creatures that have called the area home for hundreds of years and, as such, ample supplies of antivenom were rushed to hospitals in order to treat the massive wave of afflicted people. Meanwhile, some enterprising individuals have found a silver, albeit very dangerous, lining to the influx of scorpions as people have now begun wrangling the deadly animals, since their venom is highly valuable to scientists and medical professionals.