Most people are apprehensive about using public restrooms as it is, so making them completely transparent would just boost their anxiety, right? Well, apparently, the exact opposite is true.

Japanese public toilets generally have a higher standard of hygiene that other public restrooms around the world. I distinctly remember posting about Benjyo Soujer, a Tokyo social club whose members gather every Sunday morning to voluntarily clean public toilets around Japan’s capital. But even in this country, some people dread the thought of having to walk into a dark, smelly, dirty and possibly unsafe facility to do their “business”. But what if you could see how clean or safe this facility was before walking in? 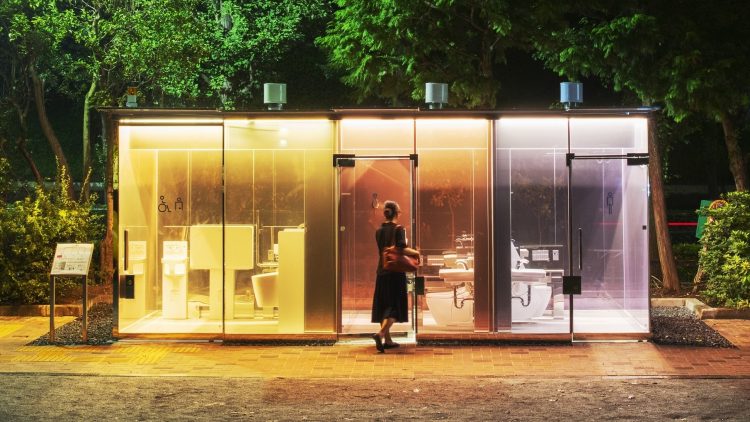 Earlier this year, the non-profit Nippon Foundation launched “The Tokyo Toilet Project” in a creative attempt to cure people’s toilet phobia. The project tasked 16 experienced architects with renovating 17 public toilets located in the public parks of Shibuya District, one of Tokyo’s busiest commercial areas. According to a Nippon Foundation statement, the main goal of this endeavor was “that people will feel comfortable using these public toilets and to foster a spirit of hospitality for the next person”.

Pritzker Prize-winning architect Shigeru Ban’s creations have been getting the most attention so far, mostly because his design seems to go against the main characteristic of a modern toilet. When most people think about toilets, the first thing that comes to mind is privacy, but the Japanese architect’s creations in Haru-no-Ogawa Community Park and the Yoyogi Fukamachi Mini Park both have see-through walls… 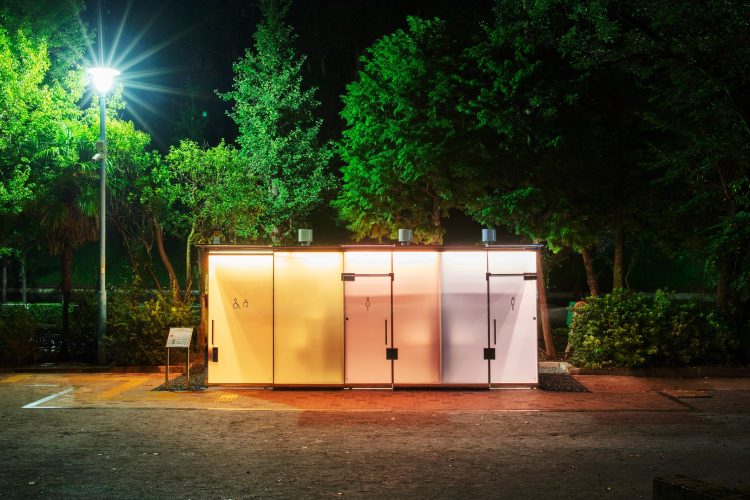 But the transparent nature of these revolutionary public bathrooms is by design, as they allow potential users to see inside before venturing in, thus laying their two main concerns to rest – “the first is whether it is clean inside, and the second is that no one is secretly waiting inside,” according to the Nippon Foundation.

Consisting of several adjacent cubicles, each sporting a different color, the ingenious public toilets rely on the latest smart glass technology to turn the transparent walls opaque whenever the door is locked, and transparent again when the door is unlocked. 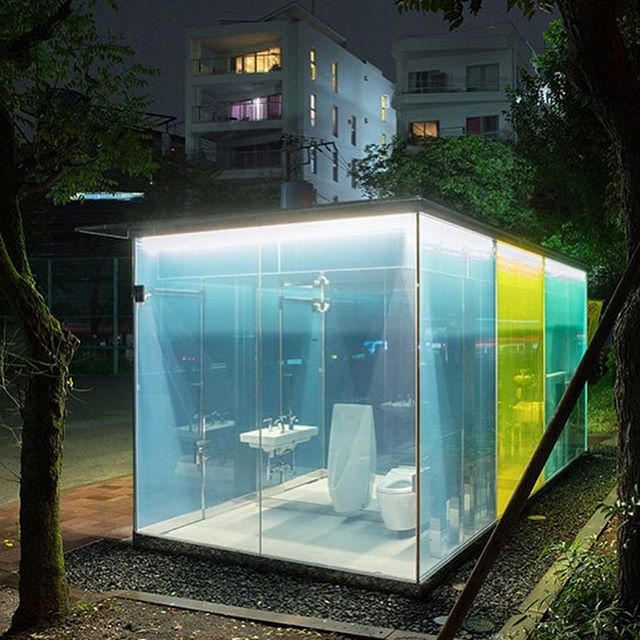 “This allows users to check the cleanliness and whether anyone is using the toilet from the outside. At night, the facility lights up the park like a beautiful lantern,” the Nippon Foundation statement mentioned.

Along with Shigeru Ban’s transparent creations, three other public restrooms designed by participants in The Tokyo Toilet Project also opened this month, and two more innovative designs are set to be showcased in the coming week. The remaining public toilet renovations are set to be unveiled in spring of next year.

Interestingly, transparent toilets have been used in Japan before. Back in 2014, the city of Oita introduced see-through toilets that relied on motion sensors to turn the walls opaque. However, Kotaku reported that the toilets were risky to use, as if the sensors didn’t detect any movement for 35 consecutive seconds, they turned the walls transparent again.