Skip to content
HomeRubjerg Knude: The Lighthouse Buried in Sand

The lighthouse tower is 23 meters high, and when it was built there were no large dunes around it. But with time the sea moved in closer and the wind blew large amounts of sand up from the cliff. The sand piled up in front of and around the lighthouse, filled the well and ruined the kitchen gardens.

To suppress the sand pine grates were set in and lyme grass and helmet was planted in the dune, but the efforts went vain as the sand dune continued to grow. At last the sand was so high that at times it was impossible to see the light from the sea. On August 1, 1968 the struggle was given up and the lighthouse was lit for the last time.

Since then the lighthouse has become a popular visitor attraction on the Jutland coast. For a number of years, the buildings were used as a museum and coffee shop, but continually shifting sands caused them to be abandoned as well in 2002. It’s predicted that the lighthouse will fall into the sea in 15 to 20 years time. 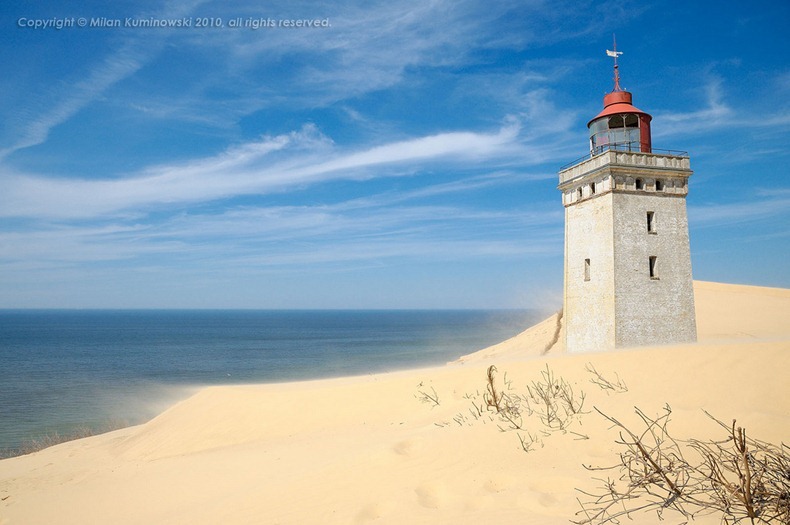 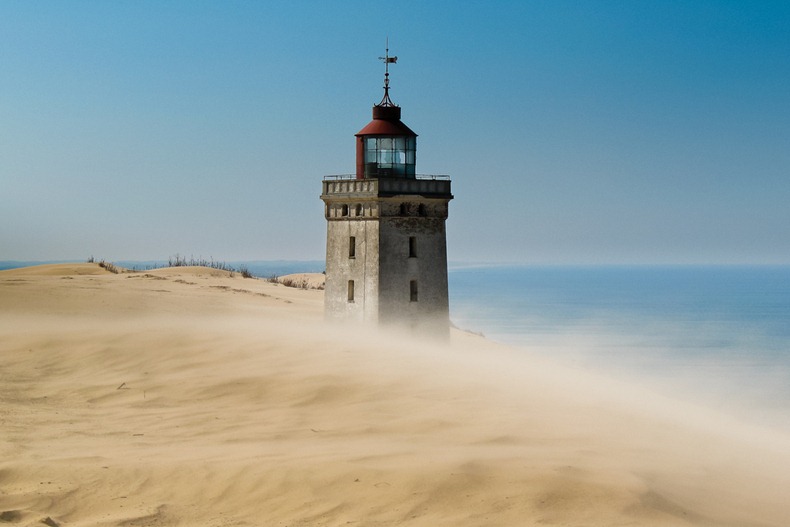 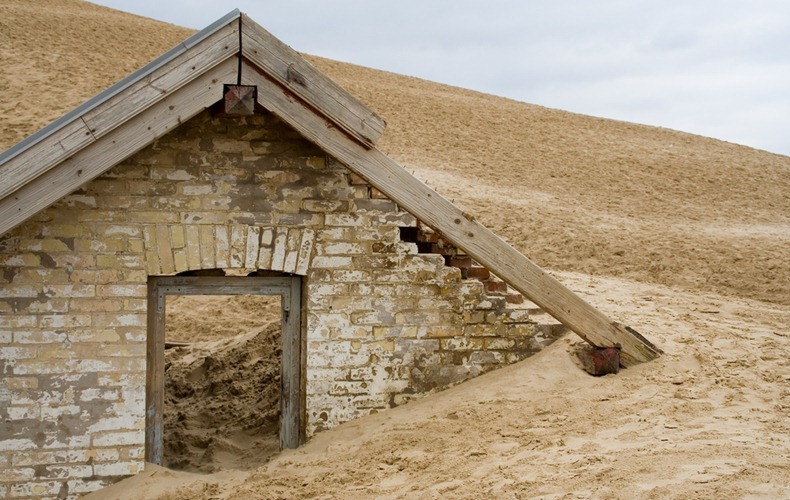 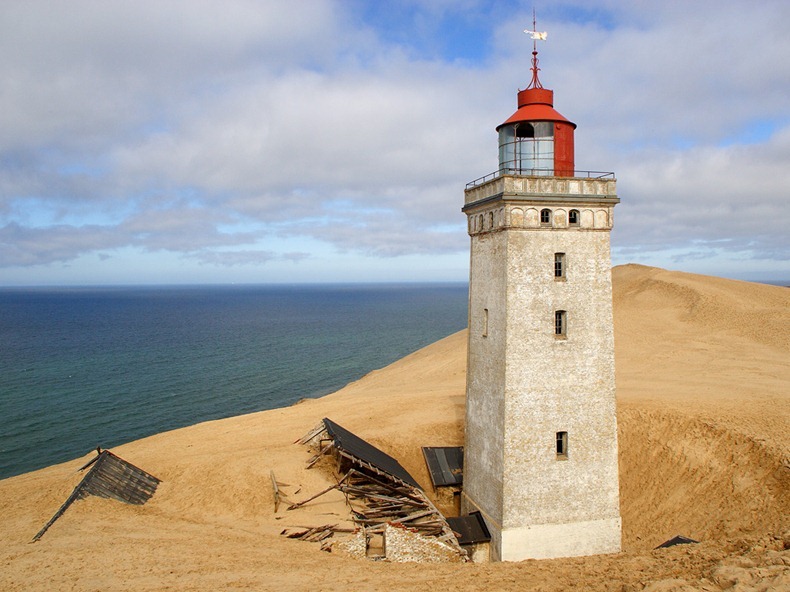 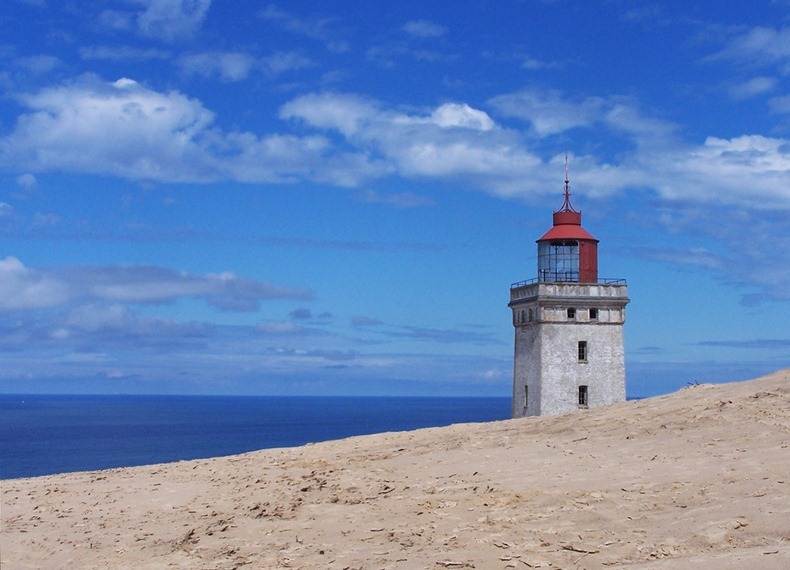 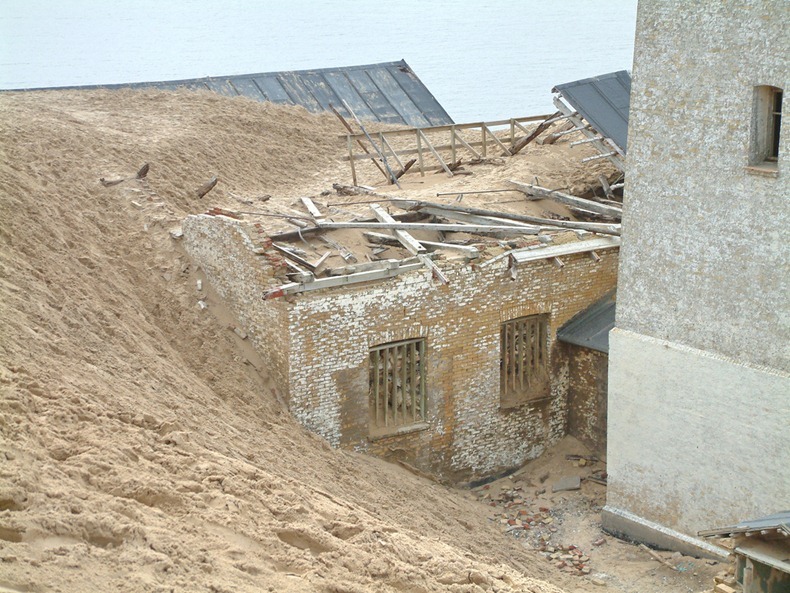 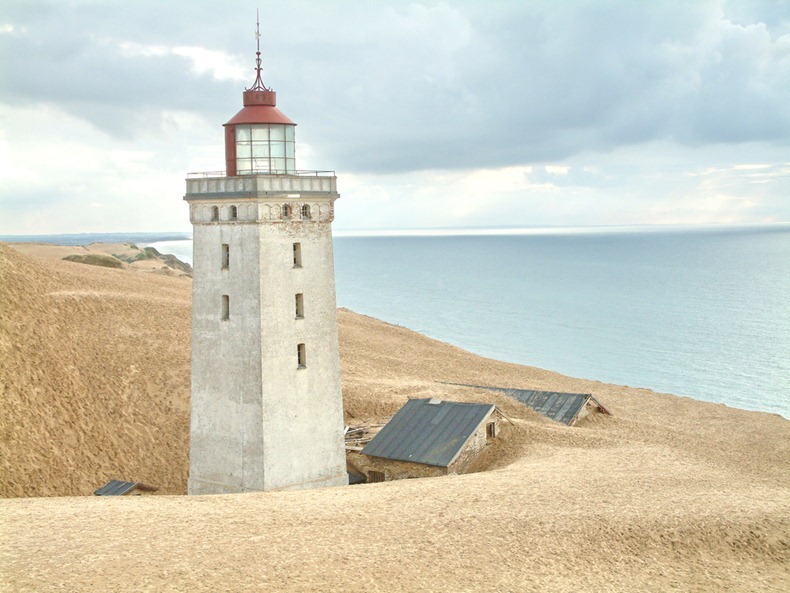 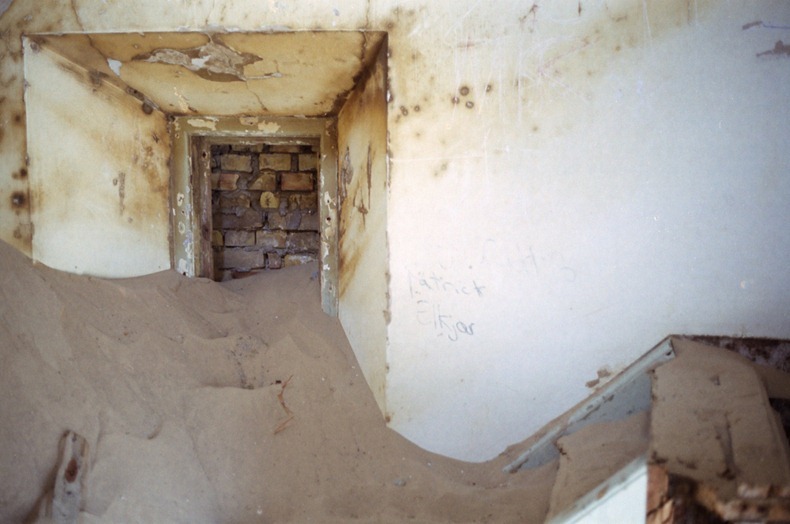