Rubʿ al-Khali, (literally “Empty Quarter” in Arabic), also spelled Al-Rabʿ al-Khali, is a vast desert in the southern Arabian Peninsula, covering about 250,000 square miles (650,000 square km) in a structural basin that takes in substantial portions of Saudi Arabia, as well as parts of Oman, Yemen, and the United Arab Emirates. It is the largest area of continuous sand in the world. It holds roughly half as much sand as the Sahara, which is 15 times the Empty Quarter’s size but composed mostly of graveled plains and rocky outcrops.

The desert is 1,000 kilometres long, and about 500 kilometres wide, and its topography is varied. In the west the elevation is as high as 2,000 feet (610 metres) and the sand is fine and soft, while in the east the elevation drops to 600 feet (183 metres) with sand dunes, salt flats, and sand sheets. The terrain is covered with sand dunes with heights up to 250 metres (820 ft), interspersed with gravel and gypsum plains. 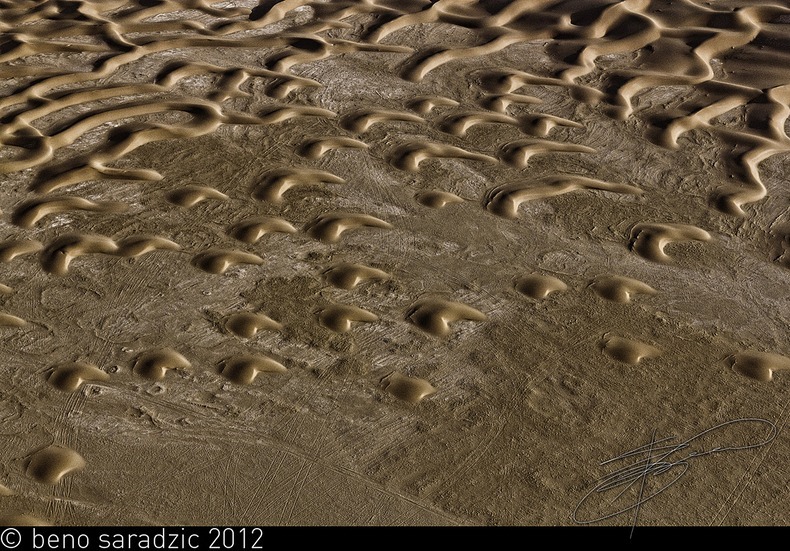 Aerial image of the sand dunes of Rub’ al Khali. 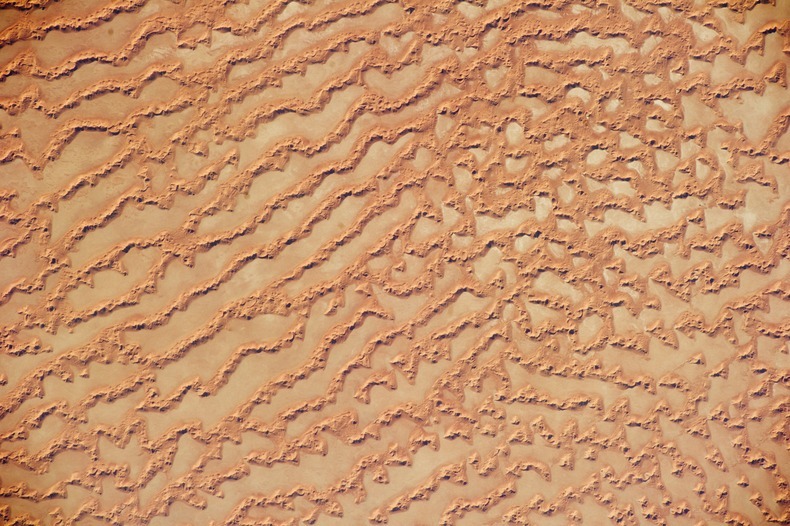 The image above was taken on May 16, 2011, by the crew of the International Space Station. Parallel rows of salmon-pink and white alternate to create a rippling pattern. White salt flats, known as sebkhas or sabkhas, separate the dunes. These salt-encrusted plains vary in hardness, in some places creating a surface strong enough to drive a vehicle over, in other places disappearing into sand.

The orientation of the linear dunes lies at a right angle to northwesterly trade winds that originate in Iraq, known as the Shamal winds. Secondary barchan (crescent-shaped) dunes and star dunes—with crests originating from a single point and stretching in several directions—can form atop the linear dunes when southwesterly winds blow during the monsoon season (Kharif winds). The long, linear dunes begin to break up into isolated large star dunes to the northeast and east (image right). This is likely the result of wind pattern interactions and of changes in the sand supply.

The Empty Quarter was so named because the hyper arid climate and difficulty of travel through the dunes has long discouraged permanent settlement within the region. The first documented journeys made by Westerners were those of Bertram Thomas in 1931 and St. John Philby in 1932. With daytime temperatures reaching 55 degrees Celsius, and dunes taller than 330 meters, the desert may be one of the most forbidding places on Earth.

There is however, evidence of human activity at Rub’ al Khali dating from 3,000 to 2,000 years ago, including chipped flint tools, but no actual human remains have been found. Several fossil remains of animals such as hippopotamus, water buffalo, and long-horned cattle also indicates the presence of water once in the distant past. 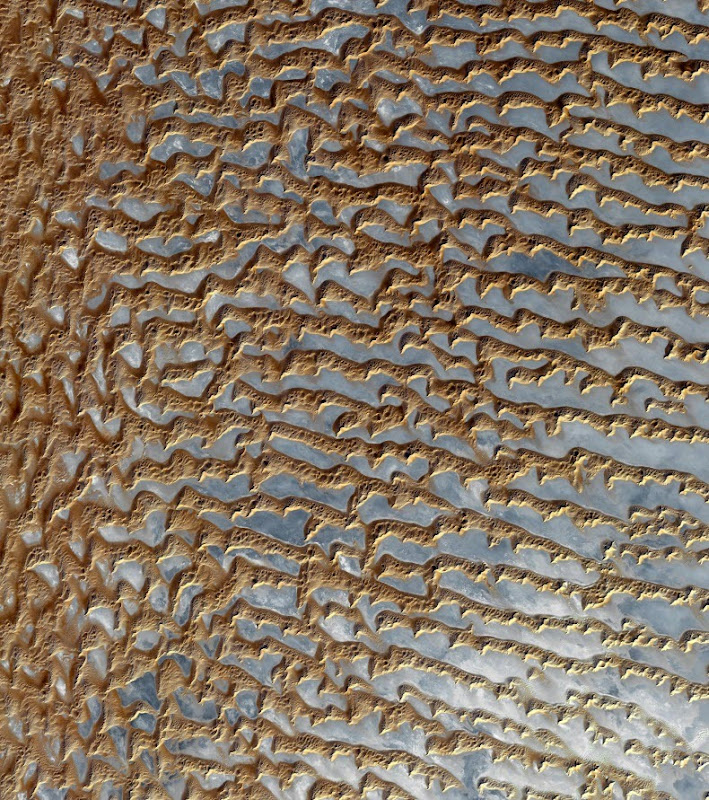 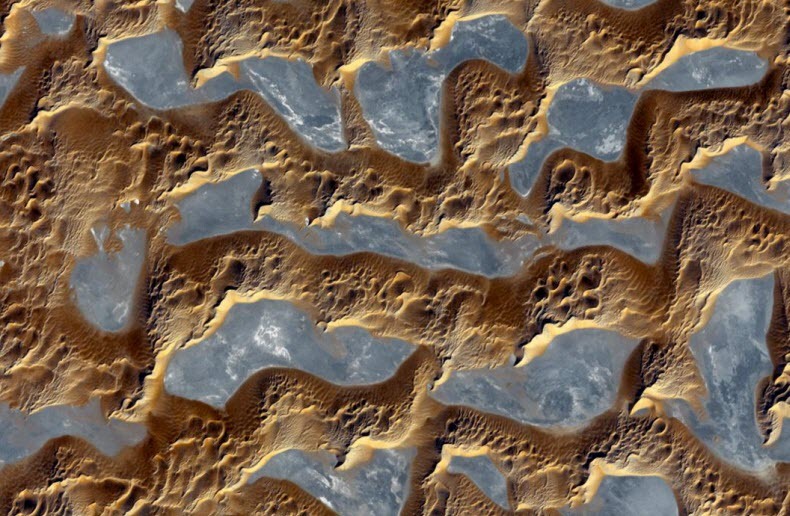 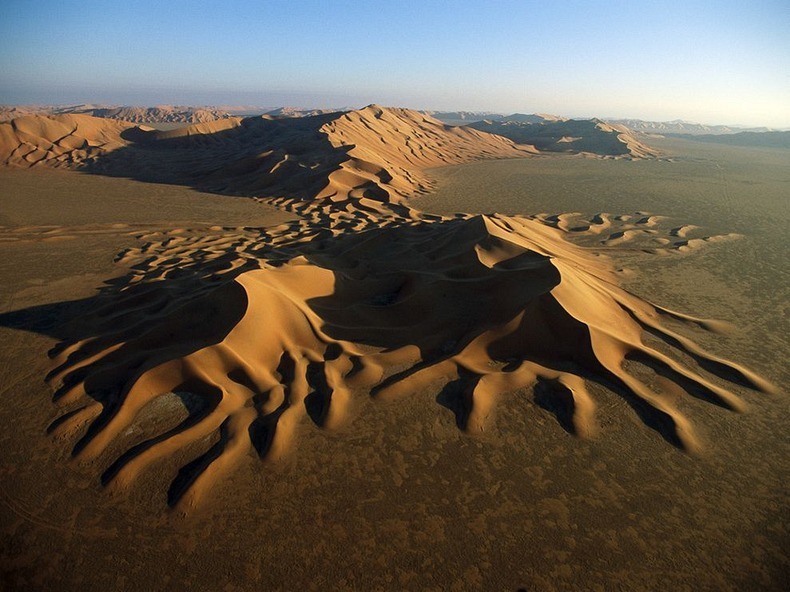 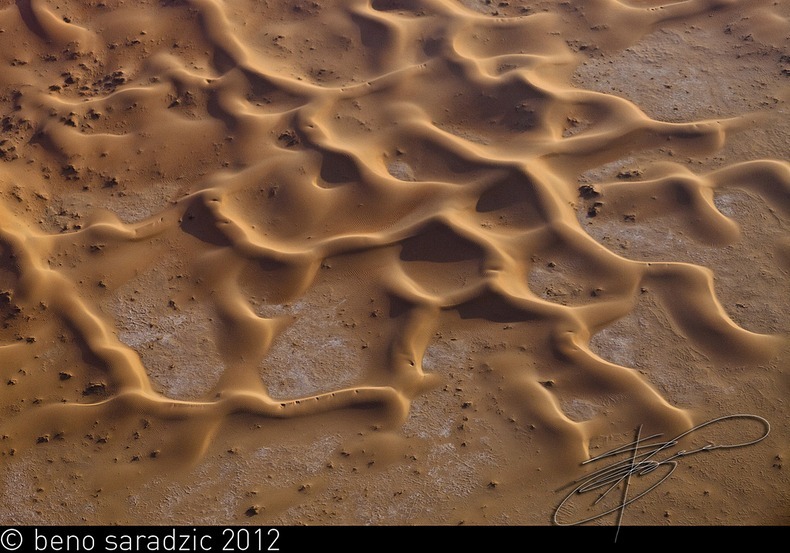 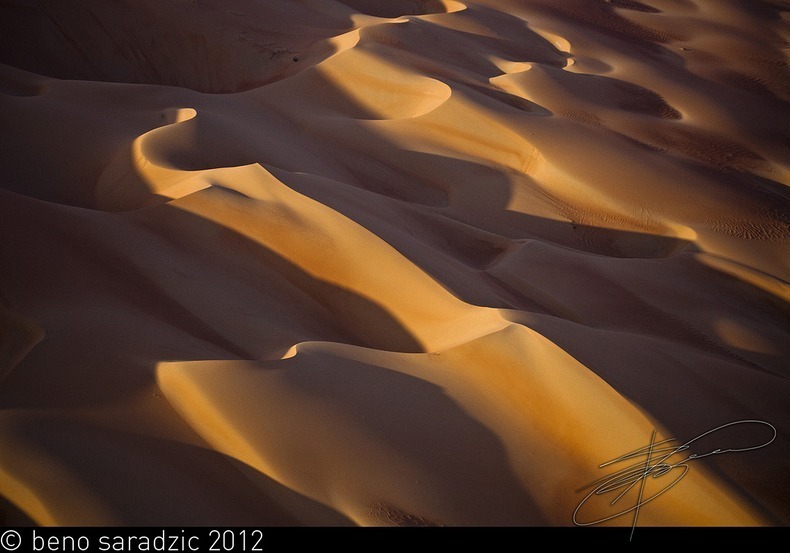 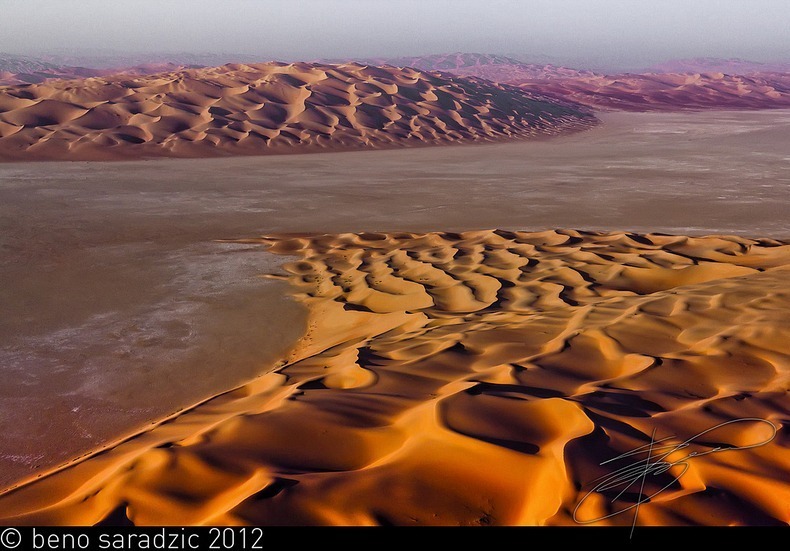 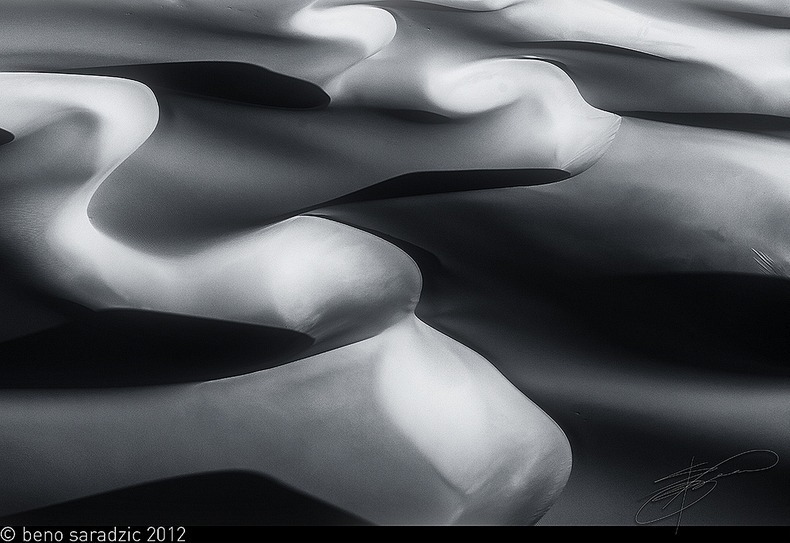 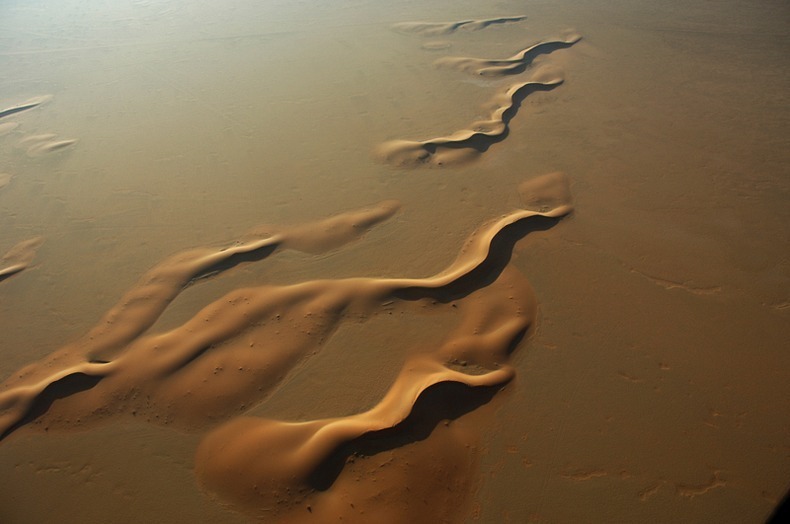 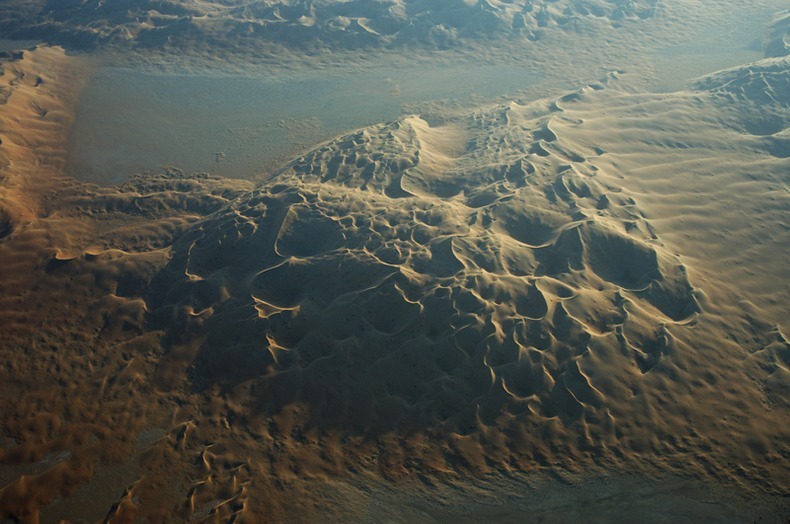 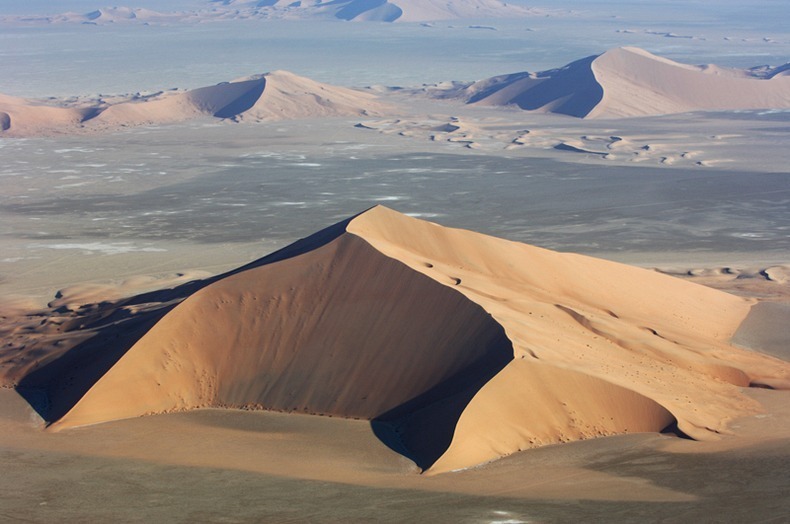