The Sedan nuclear crater is located at the Nevada Test Site, about 90 miles north of Las Vegas. It is the result of the Sedan nuclear test, an underground nuclear test carried out on 6 July 1962 as part of the Plowshare Program, established in June 1957 to explore peaceful applications for controlled nuclear detonations. The idea was that a nuclear explosion could easily excavate a large area, facilitating the building of canals and roads, improving mining techniques, or simply moving a large amount of rock and soil. The intensity and distribution of radiation, however, proved too great, and the program was abandoned. Operation Plowshare resulted in 27 thermonuclear detonations. Only four events were intended to produce craters, among which Sedan was by far the largest. 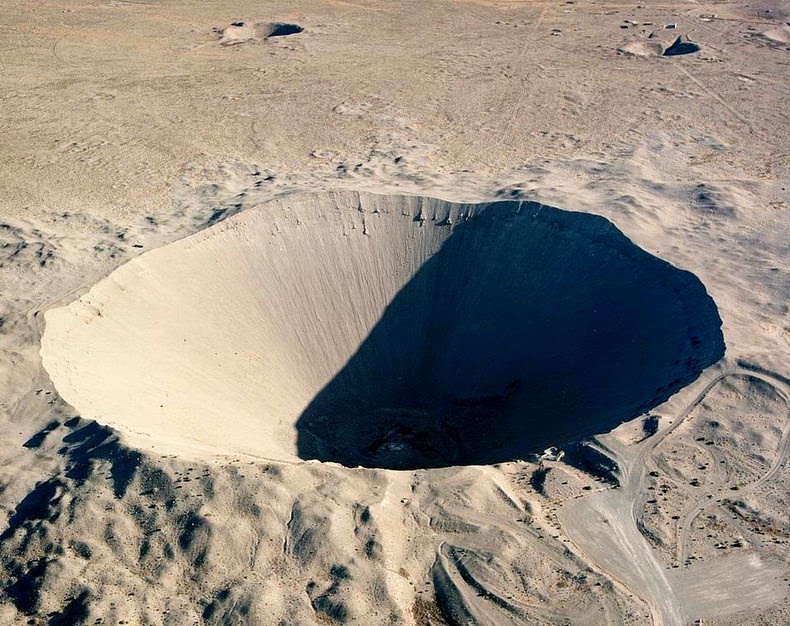 The device that produced the crater was buried 194 meters below the desert floor and had a yield equivalent to 104 kilotons of TNT or around eight Hiroshima bombs. The blast first lifted a dome of earth 90 meters above the desert floor before it vented at three seconds after detonation, exploding upward and outward displacing 12 million tons of earth. The resulting crater is 100 meters deep and 390 meters wide.

The explosion created fallout that affected more US residents than any other nuclear test, exposing more than 13 million people to radiation, although within 7 months of the detonation, the radiation had decayed to the point that the bottom of the crater could be safely walked upon with no protective clothing. Today, more than 10,000 visitors visit the crater every year through free monthly tours offered by the U.S. Department of Energy. An observation platform built on the rim of the crater allows tourists to peek into the crater below.

Negative impacts from Operation Plowshare’s 27 nuclear projects ultimately led to the program’s termination in 1977, largely due to public opposition.

The Soviet Union continued to pursue the concept through their program “Nuclear Explosions for the National Economy” and carried out more than 150 nuclear test. The best known was Chagan – a test identical to Sedan – which created the artificial lake reservoir Lake Chagan. 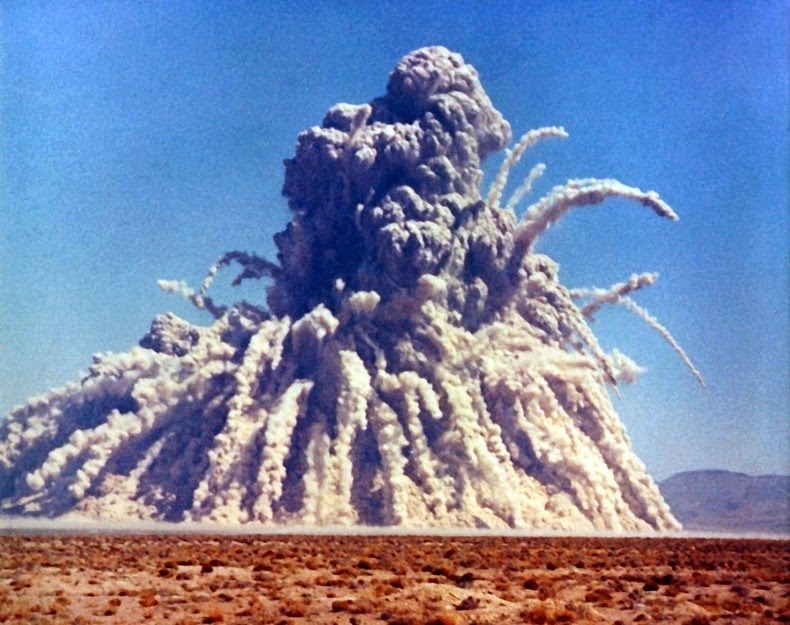 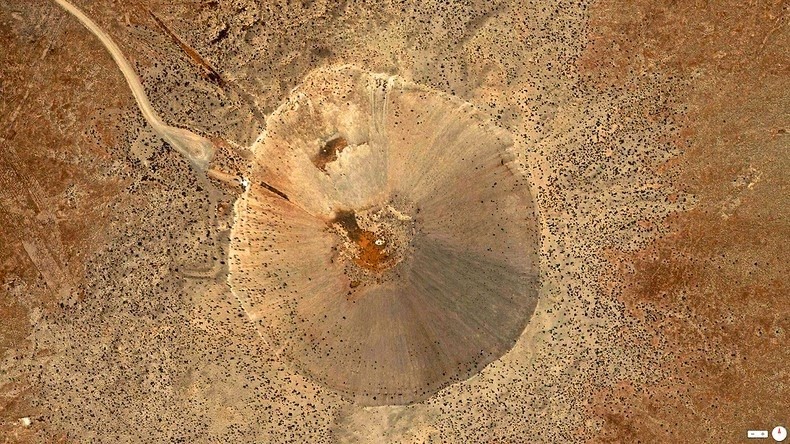 Satellite image of the Sedan crater. 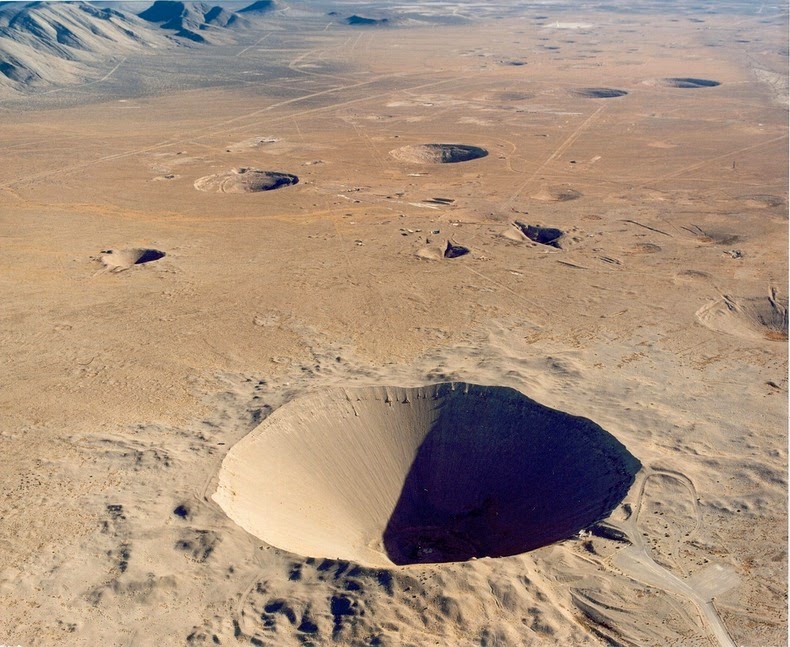 The Nevada Test Site is pockmarked by numerous nuclear tests. The Sedan crater is the largest among them. 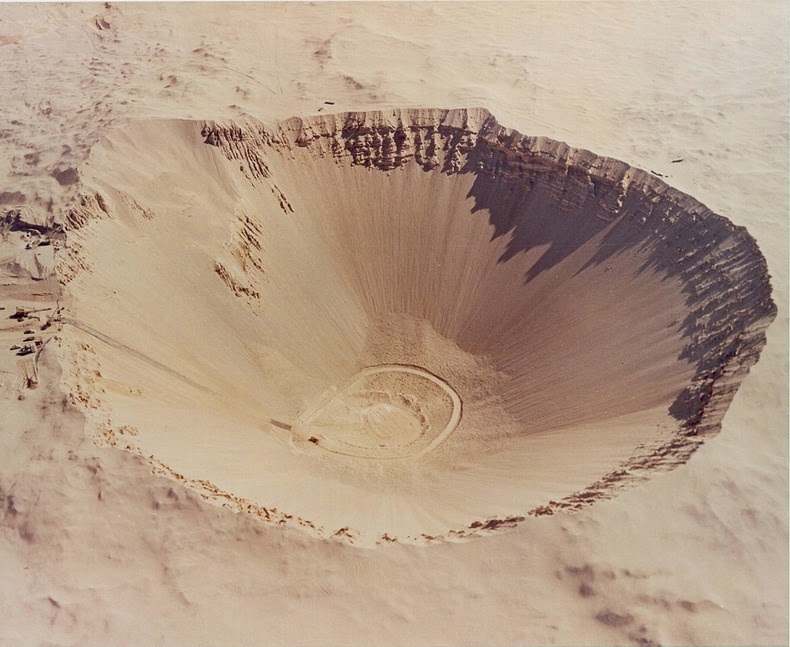 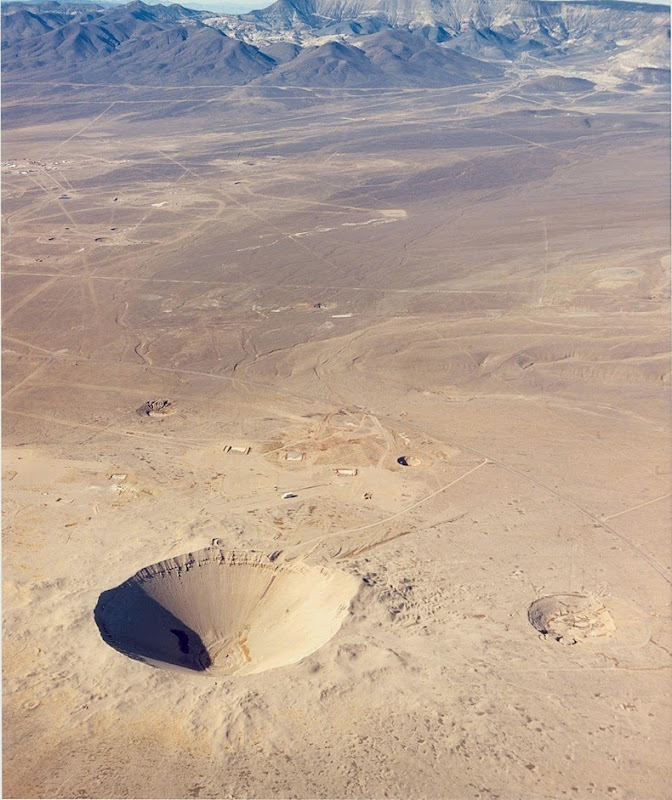 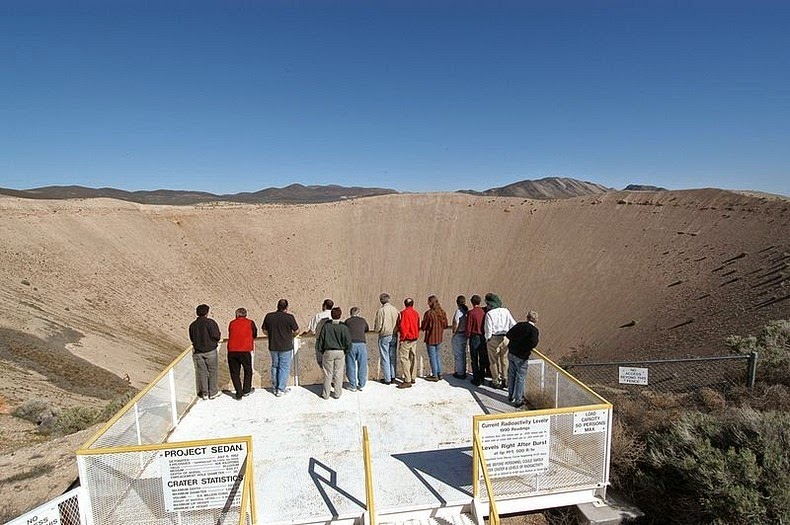