Skip to content
HomeKazakh pensioner ‘back from the dead’

A Kazakh family was recently coming to terms with the violent and mysterious death of their elderly relative, when he just turned up at home.

“When Uncle Aigali walked through the door hale and hearty two months after we’d buried him, my daughter Saule nearly dropped dead of a heart attack,” Esengali Supygaliev told the Azh.kz news site.

The 63-year-old had left home one June morning and didn’t come back. “Aigali had been known to wander off for a week of two before”, Esengali said, so the family waited a month before contacting the police – who in due course asked them to identify a badly-burnt body.

Tea and sympathy
DNA tests showed that these were the mortal remains of Aigali Supygaliev “with 99.2% certainty”, the authorities said, and issued an official death certificate.

In September the family buried Aigali in the Muslim cemetery of Tomarly, their home town just north of the Caspian Sea port of Atyrau.

“We held a wake, and the extended family organised a traditional ‘konil shai’ ceremony,” where friends can share tea and sympathy with the bereaved, Esengali said. 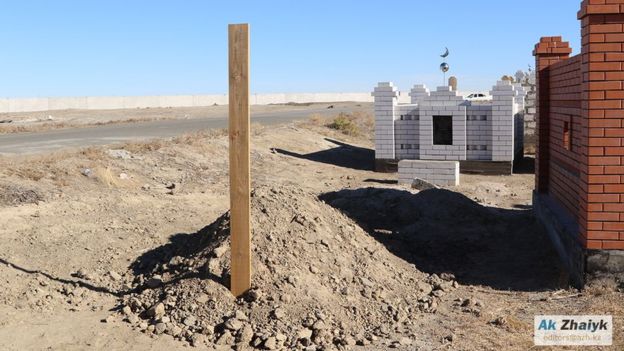 So, when Aigali walked through the door two months later, he had some explaining to do.

It turns out that he had taken up an offer of work in a nearby village from a man he’d met down the market that fateful day. Job done, four months later Aigali walked all the way back to Tomarly.

Neither the police nor the regional justice department were available for comment on the story. The forensic scientist who carried out the DNA analysis did tell Azh.kz however that she stood by her 99.2% findings, “but you must never forget that other 0.8%”.

The Supygalievs were not pleased that they had already paid for a tombstone, and commissioned a stone shrine over the grave in the Kazakh tradition. They had even returned the pension payments for the two months that Aigali was “dead”, and are considering legal action.

But the family are also contemplating a bigger question. “Who did we bury? Perhaps his family are looking for him,” Esengali concluded ruefully.