Not too far off the coast of Long Beach, California, are a set of four artificial islands containing towering white buildings set amidst palm trees and shrubs and waterfalls, all dramatically lit by colorful lights at night. From the nearby shore, the man-made islands appear to be occupied by some sort of high priced condos or resorts. But truth is—they are just a façade camouflaging huge oil-drilling operations in the bay.

Disguising industrial infrastructures so that they blend with the environment is nothing new. The city of Toronto has been dressing up electric substations into quiet little houses for more than a century. Similarly, cities such as New York, Paris and London hide ventilation shafts and railway tracks behind phony walls and faux buildings. These fakeries are rarely advertised, instead left to be discovered by curious citizens.

The building of Long Beach’s THUMS Islands, however, was a much publicized project.

THUMS stands for Texaco, Humble (now Exxon), Union Oil, Mobil, and Shell—the five companies that formed a consortium to oversee drilling operations in the San Pedro Bay. The islands were built in 1965 at an estimated cost of $22 million. More than 640,000 tons of boulders, some as large as five tons each, were brought from Catalina Island and used to build the perimeters of the islands, starting from the floor of the harbor, some 30-40 meters deep. The islands were then filled with sand dredged from the bottom of the harbor floor. The next step was landscaping and equipment installation.

When Long Beach voters gave the go-ahead to the ambitious plan of tapping into the oil resources located offshore, part of the arrangement was that the islands should be designed to appear as tropical settings and that they should hide the actual drilling operations.

“The islands were required to blend in with the local landscape and scenery. The guiding principle was that the islands were to enhance, rather than detract from, the harbor’s natural beauty,” said Frank Komin, executive vice president of southern operations for California Resources Corporation, the company that currently owns the islands.

The islands were designed by Joseph Linesch, who also helped design landscaping at Disneyland. Palm trees were planted on the exterior. Concrete facades that hide the derricks also served the purpose of bouncing industrial noise away from the residents living nearby.

The THUMS Islands are also known as the Astronaut Islands, having been renamed in honor of four American astronauts who lost their lives in the service of NASA—Theodore C. Freeman, Gus Grissom, Ed White and Roger B. Chaffee. The latter three were Apollo 1 astronauts who had perished in a fire accident at the launch pad. 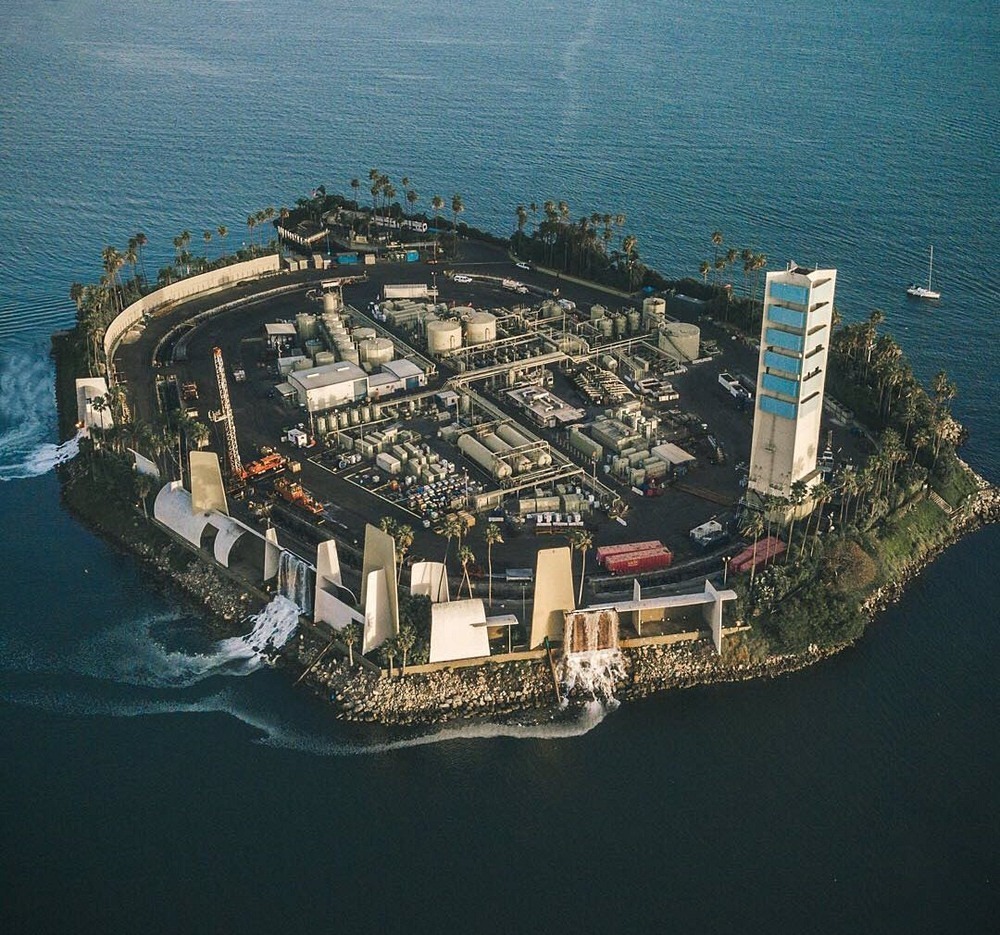 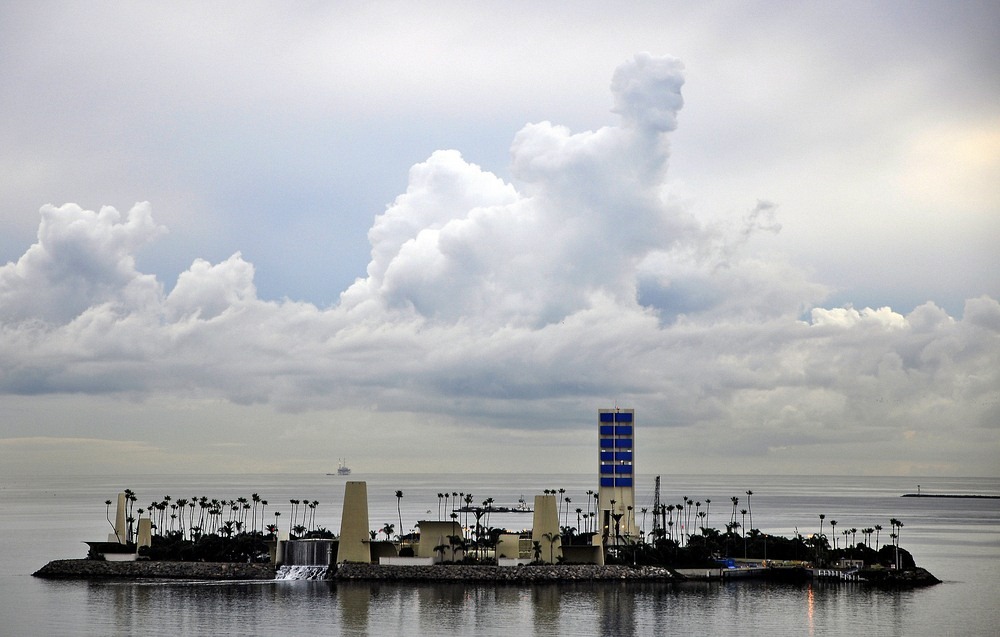 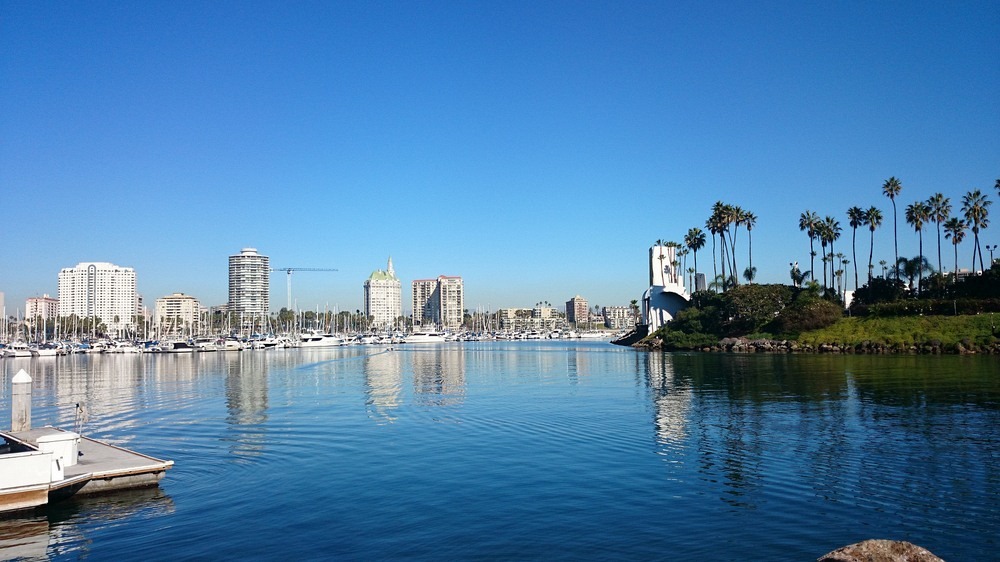 The island on the right is  Island Grissom, one of the THUMS offshore oil platforms.