The United States’ venerable Global Positioning System (GPS) is about to get a shot in the arm.
The first advanced, next-generation “GPS III” satellite soared into space today (Dec. 23) atop a two-stage SpaceX Falcon 9 rocket, which launched from Cape Canaveral Air Force Station in Florida at 8:51 a.m. EST (1351 GMT) after nearly a week of delays. The spacecraft, dubbed “Vespucci,” was deployed into medium Earth orbit about 2 hours after liftoff.

SpaceX usually attempts to land Falcon 9 first stages shortly after liftoff for future reuse, but that didn’t happen today. The rocket flew in an expendable configuration, without any landing legs, at the request of SpaceX’s customer, the U.S. Air Force.

“There simply was not a performance reserve to meet our requirements and allow for this mission to bring the first stage back,” Walter Lauderdale, mission director at the Air Force’s Space and Missile Systems Center (SMC) Launch Enterprise Systems Directorate, said during a prelaunch call with reporters on Dec. 14. 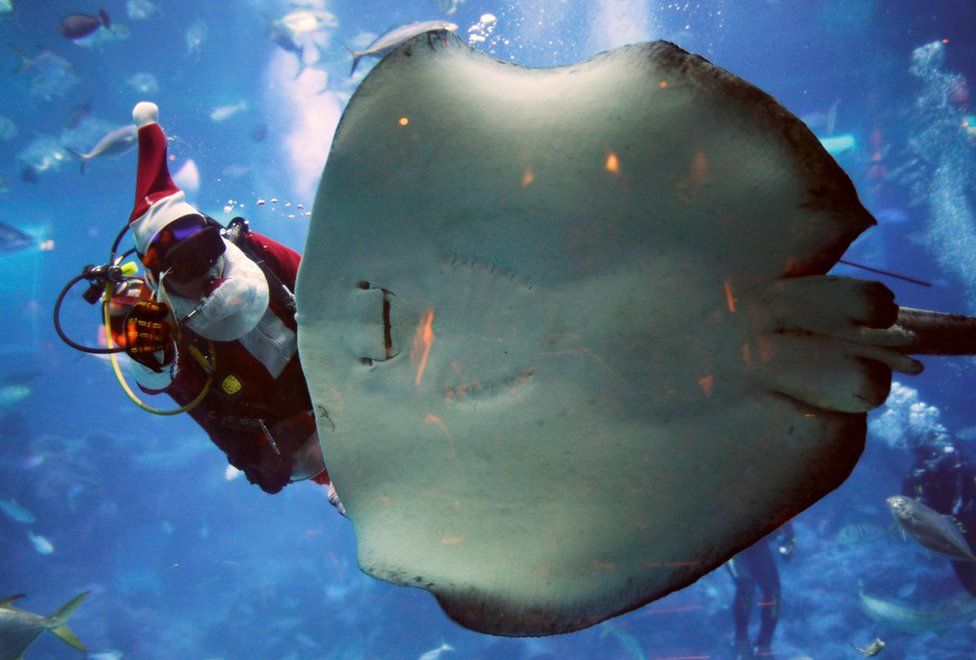 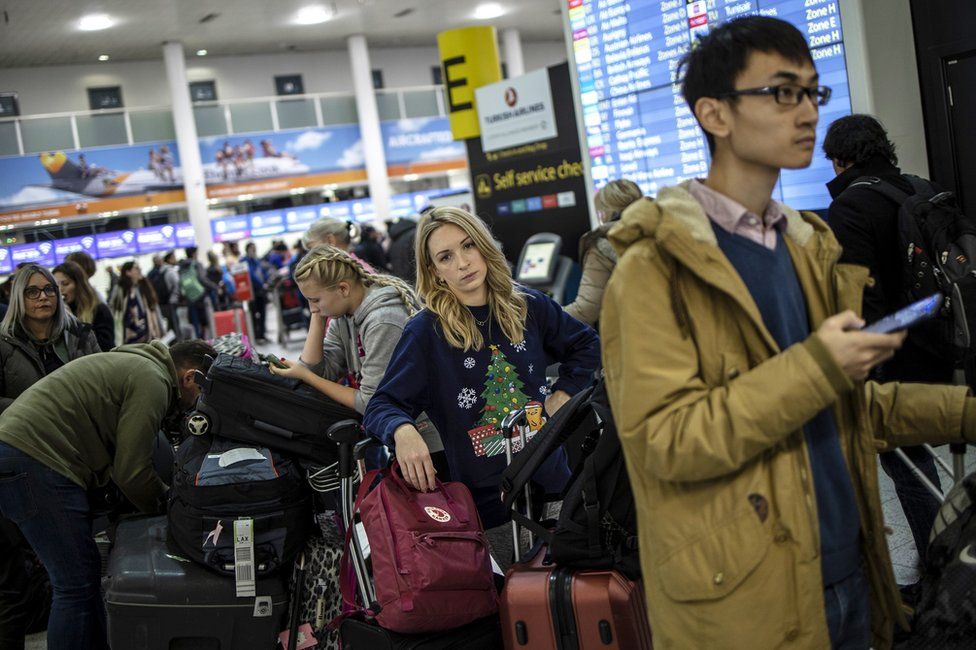 Weary passengers await announcements at Gatwick Airport after its runway closed just after 21:00 on 19 December when two drones were spotted flying over the perimeter fence and into the airfield. It did not reopen until Friday morning. Thousands of people’s flights were cancelled because of what police called “a deliberate act to disrupt the airport”. 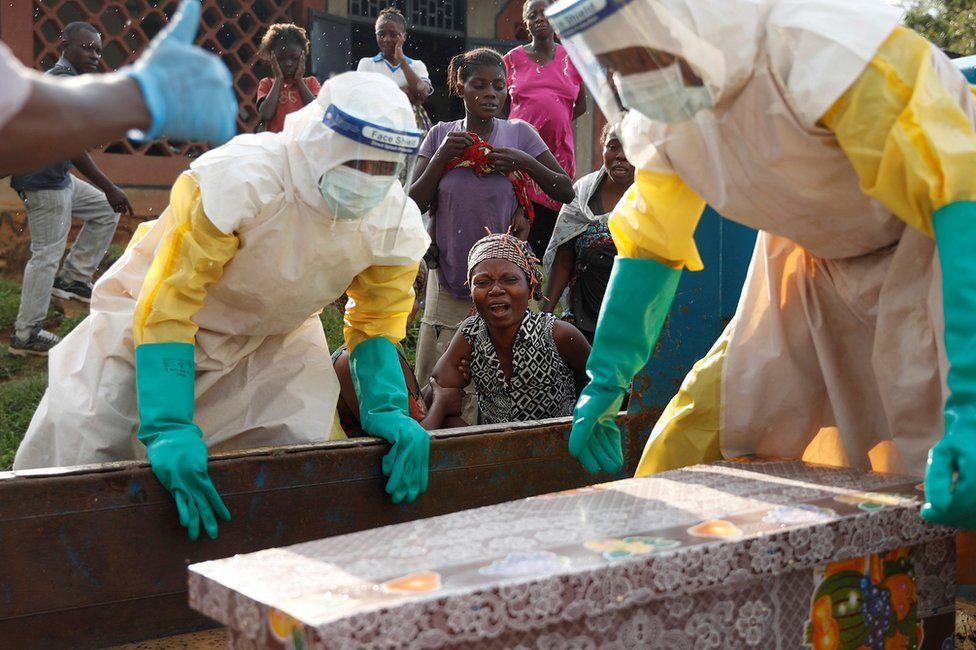 A mother of a child who died from suspected Ebola cries near the coffin in Beni, Democratic Republic of Congo. 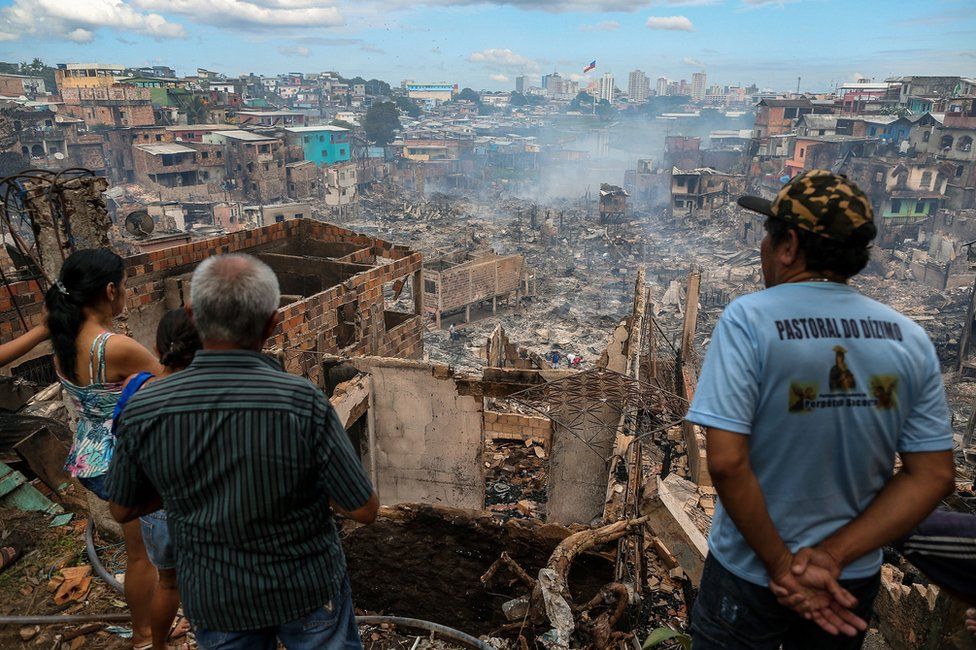 Residents stare at the remains of Educandos neighbourhood the day after it was ravaged by a massive fire in Manaus, Brazil. No deaths were reported in the blaze, which authorities said might have been caused by a pressure cooker. 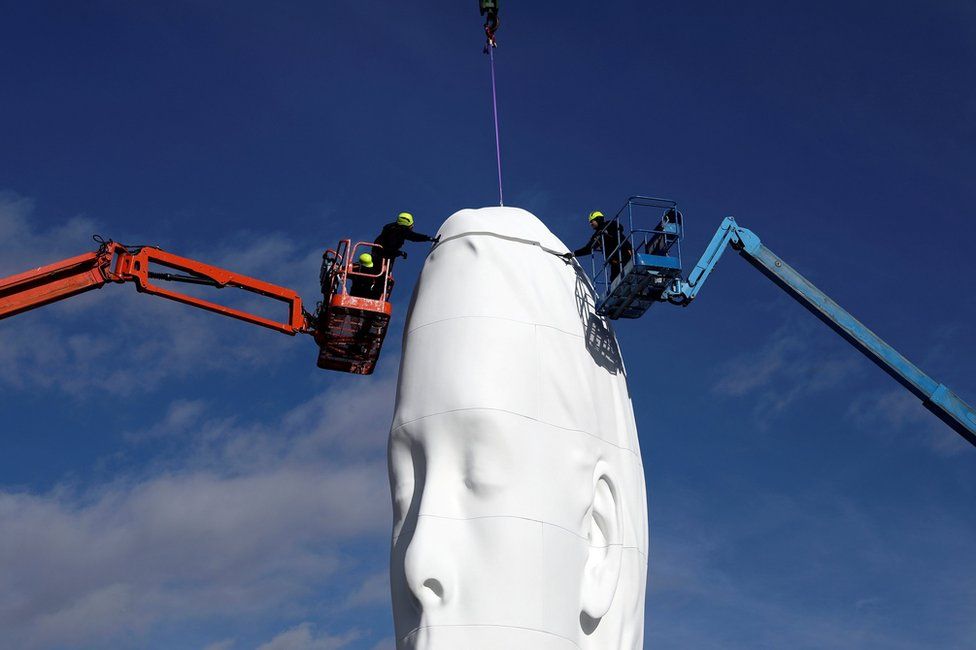 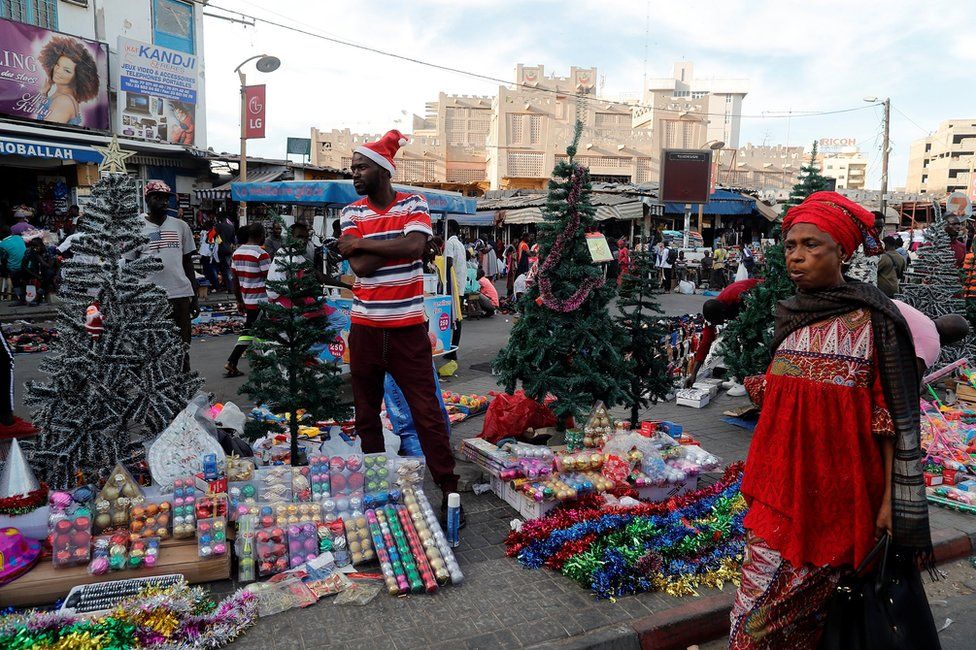 A street vendor sells Christmas decorations on a street in the Senegalese capital, Dakar. 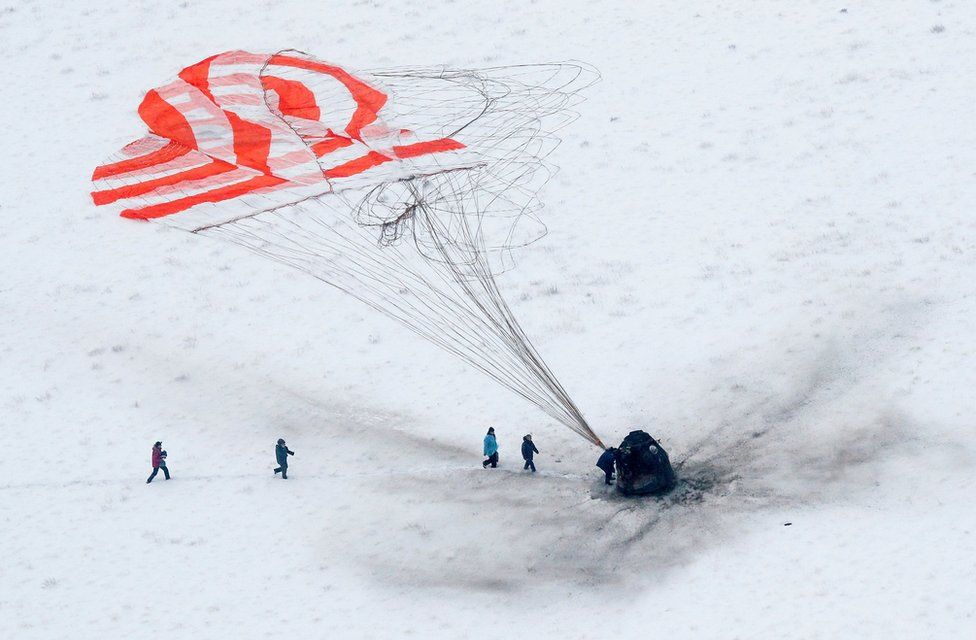 A search-and-rescue team approaches the Soyuz MS-09 capsule, carrying International Space Station crew members, shortly after its landing in a remote area near the town of Zhezkazgan, Kazakhstan. 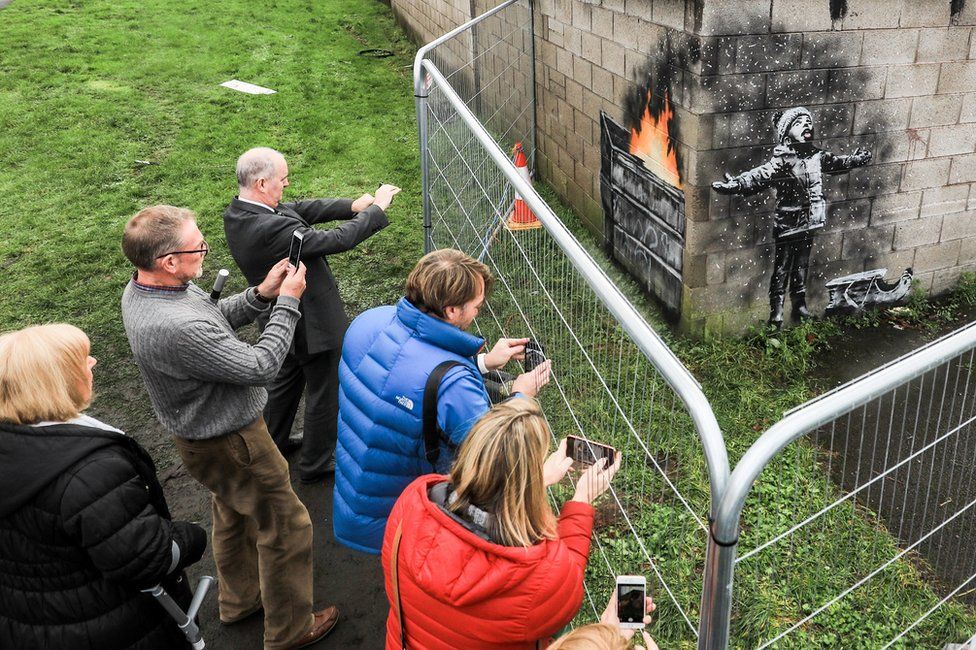 People gather to take photos of the latest piece of artwork by guerrilla artist Banksy, in Port Talbot, Wales. The British artist, who keeps his identity a secret, used his verified Instagram account to confirm the graffiti piece was his.

Former US President Barack Obama delivers gifts and greets patients and their parents at the Children’s National medical centre in Washington DC. 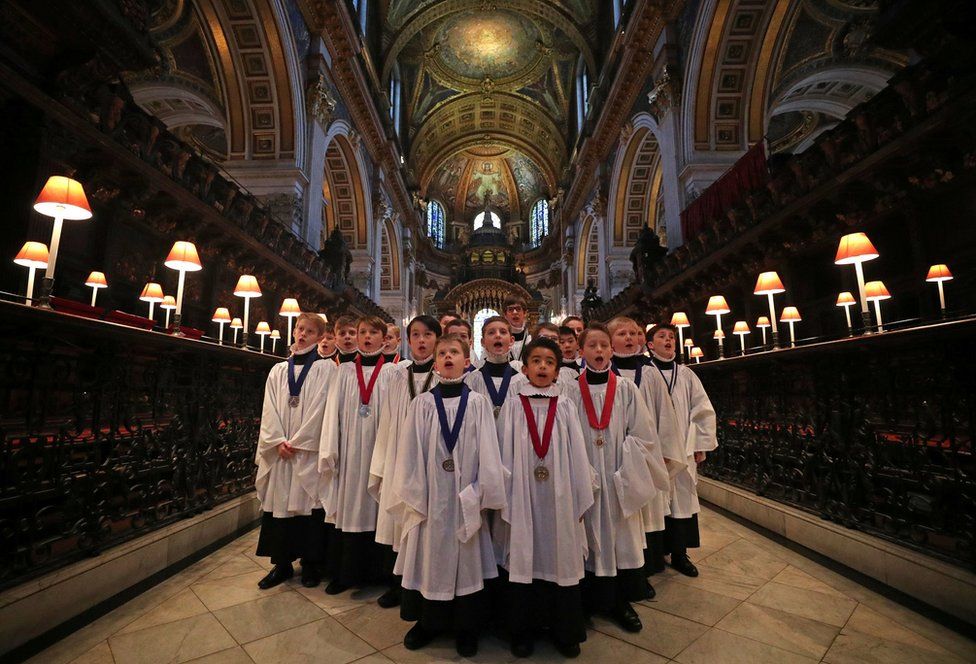 Choristers take part in a rehearsal at St Paul’s Cathedral in London.

The porcupine was partially camouflaged against the snow.
∇
Hunter and fisherman Greg Strand captured footage of the colorless animal in the woods earlier this month.

The veteran outdoorsman had been walking through the Windham woods just before sundown when he heard an animal approaching and quickly ducked out of sight.

He watched as an adult porcupine emerged from the bushes followed by a juvenile albino.

“Porcupines usually get a pretty bad rap, we hear about how dogs get into them, but to actually see them in the wild, peaceful and as cute as they are, was really interesting.”

Albinism is quite rare in the animal kingdom and occurs due to a congenital absence of pigmentation.

Since appearing online, the footage has managed to rack up almost one million views.

The Kudu are antelope that roam eastern and southern areas of Africa. Great set of antlers.

Two peculiar ‘crop circles’ have recently been spotted in Japan’s Miyazaki Prefecture. Viewable only from above, they were formed by sugi (Japanese cedar) trees.

Conspiracy theorists will be disappointed to learn that there is a very practical explanation for how these shapes emerged: science. Specifically, it was the result of a scientific experiment that spanned close to 50 years.

According to documentation (PDF) we obtained from Japan’s Ministry of Agriculture, Forestry and Fisheries, in 1973 an area of land near Nichinan City was designated as “experimental forestry” and one of the experiments was to try and measure the effect of tree spacing on growth. The experiment was carried out by planting trees in 10 degree radial increments forming10 concentric circles of varying diameters.

Part of what makes the crop circles so alluring are their concave shape, which was an unexpected result of the experiment that would suggest tree density does indeed affect growth. The trees are due to be harvested in about 5 years but officials are now considering preserving the crop circles.

Below is an image from Google Earth, which is unfortunately a bit dark.